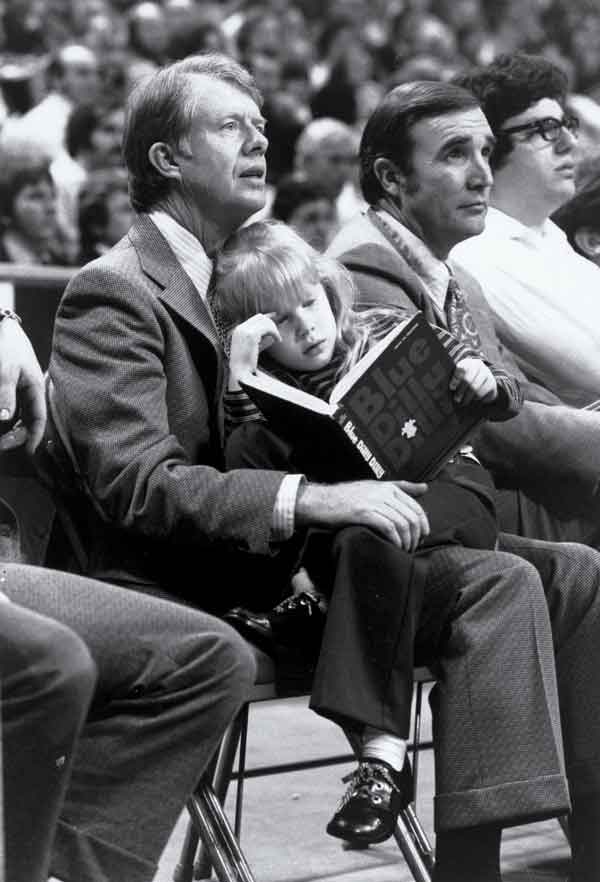 No matter your opinion of Carter’s four years in the White House, there’s no denying his imprint on the city of Atlanta. As governor, he famously called for an end to segregation, appointing African Americans to high posts in state government; he helped Delta Air Lines get its first overseas route (to London); and he equalized school funding for the state’s wealthy and poor. Postpresidency, the Plains native gave a face to Georgia-based Habitat for Humanity and donated 27 million pages of his presidential documents when he built the Jimmy Carter Library in Poncey-Highland. The Carter Center is his most lasting contribution, for almost thirty years advancing human rights and democracy. Its impact on fighting disease has been profound. Today, thanks to the center, guinea worm is on the verge of eradication.

Links to Greatness At his winter retreat in 2002, Carter auctioned off a pair of diamond, sapphire, and ruby cuff links he wore when he received the Nobel Peace Prize. They were snatched up by Evander Holyfield’s then wife, Janice, for $42,500.