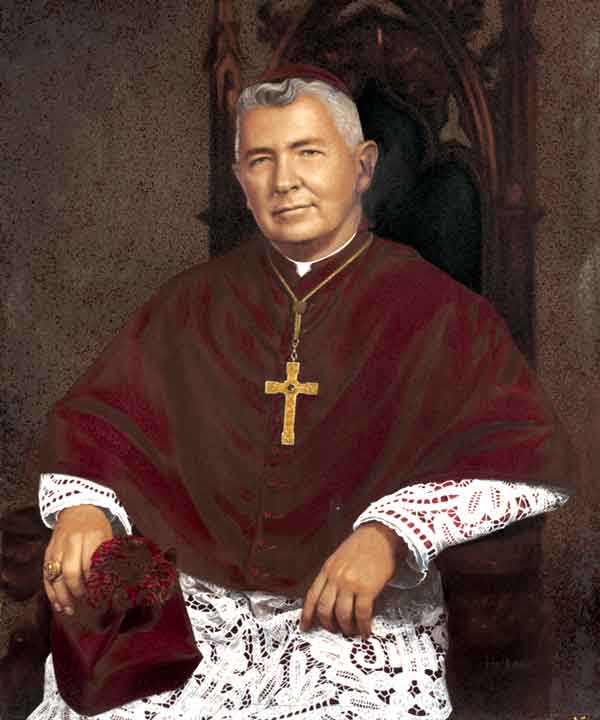 On November 22, 1963, Hallinan wrote simply in his diary, “Waiter comes to tell us of assassination of President Kennedy.” At the time, he was in Rome for Vatican II. Both events signaled social upheavals to come, and Hallinan would find himself at the forefront of twin revolutions. Working with the likes of Swiss theologian Hans Kung and the architects of Vatican II, the city’s progressive first archbishop became an international champion of Catholic reform and ecumenism. One of his first acts upon coming to Atlanta in 1962 was to integrate the Catholic schools and hospitals. In 1965 he sent priests and nuns to march in Selma. He was also a vocal opponent of bombing in Vietnam. He died at age fifty-six of hepatitis.

Photography courtesy of the Archdiocese of Atlanta Archives