Of the many compelling pieces in Segregation Story, an exhibition of photographs by Gordon Parks that ran earlier this year at the High Museum, perhaps none was more poignant—or more beautiful—than Outside Looking In. Taken in Mobile, Alabama, in 1956, the color photo shows six African American children staring longingly at a forbidden playground through a chain link fence.

Arnika Dawkins keeps this image in the office of her namesake art gallery. She also showed Parks’s photography this year, including a rare series of Muhammad Ali during his turbulent mid-20s, titled American Champion. For Dawkins, Parks’s images are emblematic of how powerful the medium can be.
Photography is a second career for Dawkins, a former marketing executive who did not begin pursuing her interest seriously until her three children began to leave the nest. A Florida A&M graduate, she returned to school and earned a master’s degree in digital photography from SCAD in 2008, after which she completed an internship at Buckhead photography gallery Jackson Fine Art. “At Jackson, I got the bug,” says Dawkins. “I got to handle work by artists I’d studied and admired, whose work I coveted.”

Three years later, she opened her own gallery on Cascade Road. “I’m delighted to be in Atlanta because it has such a thriving photography sphere,” says Dawkins, citing JFA and the well-established Atlanta Celebrates Photography.

“Photography is the medium of our time,” Dawkins says. “It reflects how I see the world. When I blink my eyes, it’s almost like a photograph. It’s approachable and understandable.”

Dawkins specializes in works by artists from the African diaspora or featuring people of African descent. “It’s a challenge for any talented artist to have their work seen, but it’s even more so for people of color,” says the gallerist, who represents established and new artists—from nationally renowned Builder Levy to SCAD’s Allen Cooley.

“Arnika has been such an asset to our photography community,” says JFA owner Anna Walker-Skillman. “I’m so thankful she’s doing what she is. What she’s bringing to Atlanta is super important.”

From Yeezus to Nike: Your guide to the High Museum’s Virgil Abloh exhibition 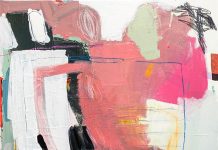 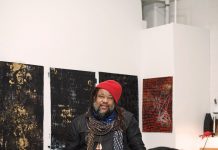