The Jonathan Adler store has upped its Atlanta profile by moving from a dark Westside warehouse to a light-filled Peachtree Street storefront in the new Buckhead Atlanta development. Adler, who launched his worldwide home furnishings empire 20 years ago from a Brooklyn pottery studio, has now opened some 30 stores, created signature product lines with respected companies like Kravet fabrics and Formica, and authored four design books. Still laughing about his colorful comments during our interview for the Westside store in 2011, we jumped at the chance to catch up again:

You’re the champion of “Happy Chic” decorating. What’s the key to creating a home that makes you happy?

Surround yourself with stuff that you love, and never settle. If you buy stuff because it’s a little cheaper or because it will do, then inevitably you’ll hate it later. It’s the least “green” way to roll. Always spend a little bit more than you can afford and go a little bolder than you think you can handle because you’ll regret the moderate choices you make. That’s kind of what I did with my husband, and it worked out! (Adler and his husband, writer Simon Doonan, creative ambassador for Barneys New York, have been married for nearly seven years.)

During the recession, while many brands were retracting, you kept adding new retail stores. Why do you still believe in brick-and-mortar?

These days, you have to do everything. You have to be online, in person, on social media. As soon as you start to master one type of social media, people are like, “What? You don’t Squirble Dirble?” And you’re like, “Oh my god!” My main challenge is trying to do more, more, more. But still to be focused on creativity as much as I can be. Every single thing in this store came from my mind or my hands.

You’ve said that you’re a craftsman at heart. With all of today’s enthusiasm for buying local, handmade products, how do you feel about mass production?

It’s a fascinating time to be a designer and maker of stuff. When I started, I made everything myself out of necessity. Now, 20 years later, there are so many resources available in the world. If I were sitting here making everything, I would be stifling my creativity. The best thing to do as a designer is to take advantage of everything that is happening. When I started, I would get up in the morning and go to my studio at 7 a.m. and make a hundred mugs. Then I’d go to sleep at 11 p.m. It was like that old ad, “Time to make the donuts.” Anybody who thinks that was more authentic is smoking crack. I am living a much more authentic life making prototypes and designing stuff.

What trends do you see in home décor?

I try not to pay attention to trends. If you look around the store, you’ll see a mix of very pottery-ish pottery mixed with glam stuff. It’s a reflection of my truth, which is that I’m like half Birkenstocks and Joni Mitchell and the other half country clubbish Jewish American prince. Right now, I’m loving gold—and an almost rabid, jarring eclecticism. It’s a little bit vulgar, which is fantastic. I think everyone needs to obey Diana Vreeland, who said that vulgarity is like a dash of paprika. A little bit of glitz looks better than ever. 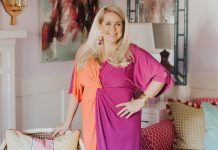 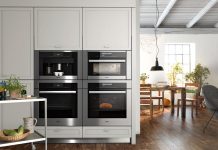 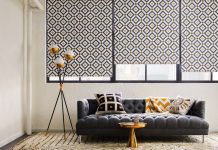