On an overcast afternoon, Jack Barsky, former KGB agent, is sitting in the Mystic Grill in downtown Covington, cutting into some fried chicken. Six feet three and dressed in nondescript clothes, with salt-and-cinnamon hair parted to the side, Barsky both sticks out and blends in.

Barsky is relatively new to town. He, his wife, and their six-year-old daughter moved to Newton County last June, drawn from upstate New York to metro Atlanta by the low cost of living and proximity to a large airport. Occasionally he makes the drive to Your DeKalb Farmers Market, and every Sunday he attends church.

“I like this a lot,” Barsky says. “It just feels better. Just the way of being feels better.” His voice still betrays a hint of his native Germany. East Germany, specifically. Barsky was born Albrecht Dittrich in 1949, growing up in the shadow of Communist rule, where the Stasi spied on citizens and defectors trying to scale the wall separating the East from the West were shot. In college, where he was studying to become a chemistry professor, a man he believed to be a Stasi agent approached him one day with a proposition: Would he want to spy for the KGB? Confident, young, and adventurous, the student found the idea of serving Communism against Evil America and traveling the world enticing.

In 1978, after two years of intensive English and surveillance detection training in Moscow, he flew a zigzag route through five countries, ultimately landing in Chicago, passing through border control with a fake Canadian passport. He settled in New York City as Jack Barsky, a name taken from a tombstone in a Maryland cemetery. Thus began an almost comically complicated, multiyear mission: Establish contacts with influential think tanks to learn more about how the national security apparatus—including Zbigniew Brzezinski, an advisor to President Jimmy Carter—makes important decisions.

Anyone who’s watched an episode of The Americans, the FX series about Russian spies living undercover during the Cold War, has gotten a taste of the life Barsky lived for more than 10 years as what U.S. intelligence called an “illegal.” If you caught season five, you might have even spotted Barsky’s cameo as a man on the street reading a newspaper. The show’s characters kill, seduce, and wear disguises to gather intelligence for Mother Russia. Real life wasn’t so sexy. Barsky never wore a wig or dressed as a hippie to infiltrate a group of radical professors. “I was a gentleman spy,” Barsky says with a smile. Any violence was left to others; in fact he says he never even received weapons training.

To earn a living in New York, Barsky became a bike messenger, but a collision with an automobile dislocated his right shoulder. He never treated the injury out of fear he might blurt out German under anesthesia. He enrolled at Baruch College, majoring in computer systems. He maintained dossiers on fellow students he thought could be turned. He says he didn’t approach them himself but rather passed their names on to his superiors. In 1984 he graduated as valedictorian, taking a job at MetLife as a computer programmer. A personal ad in the Village Voice led him to another person hiding from the government: a Guyanese undocumented immigrant named Penelope. They would later marry to help her earn citizenship. Soon after she gave birth to their daughter, Chelsea.

What he didn’t tell his new spouse was that he already had a wife, Gerlinde, and children back in East Germany. Years before meeting Penelope, when he learned from a decrypted communication that his German wife had given birth to their son, Barsky had no one with whom he could celebrate. Every two years he would travel home for a “hello-and-goodbye,” visiting zoos, bringing jewelry, and delaying a promise to one day stay forever. His mother, who never learned of his secret life, thought he was a scientist working on a top-secret space project in Kazakhstan. When he returned to the U.S., he became Barsky once again. “I was highly compartmentalized,” he says. “The personalities were reasonably separate, but I tell people I had a manufactured dual personality.”

Every Thursday night Barsky spent hours decoding shortwave radio transmissions from “the Center,” instructing him to monitor defectors in California and Canada and relay reports home on Americans’ sentiments about world affairs and the Soviet Union. When the Soviet economy began faltering during the country’s war with Afghanistan, the KGB asked him to send industrial secrets and scout locations where other spies could leave information—drops that Barsky believes the KGB wanted to use for notorious spies Robert Hanssen or Aldrich Ames.

Not unlike his fictional counterparts in The Americans, Barsky found years of living in America gradually turned him into a Communism skeptic. He started resenting the demands intelligence work made on his professional and personal life. In early December 1988 Barsky spotted a fist-sized spot of red paint on the subway platform at 80th and Hudson streets. It was a signal from his handlers: His cover had been blown. Get out now.

He ignored the warning as well as an in-person visit from an agent threatening to kill him. Knowing that the KGB was scared of an AIDS epidemic spreading in the Soviet Union, Barsky told the agency he had acquired the disease. He promised he would not defect and took a gamble that the KGB would not pursue him. Roughly one year later the Berlin Wall fell; the Soviet Union collapsed shortly thereafter. During the next 10 years Barsky took jobs with UnitedHealthcare and Prudential, and he, Penelope, and their daughter settled into the east Pennsylvania suburbs.

Around the same time, FBI special agent Joe Reilly, acting on a trove of information turned over by a recently defected KGB archivist, started spying on Barsky: first as a birdwatcher on a nearby property and later using an FBI-purchased wiretap system set up in the house next door. “I was going through his trash for a year and a half,” Reilly says. When Barsky confessed his past life during an argument with Penelope, Reilly was listening. The next day, Reilly pulled him over. Barsky agreed to provide information, ultimately disclosing secrets about Morse code and training techniques—provided he and Penelope be given U.S. citizenship. “He didn’t want to give that up to go back to a system that was crumbling and falling apart,” says Reilly, who now considers Barsky a friend. “He had left children before . . . in Germany. I think it bothered him.”

Barsky divorced in 2008. He found God and remarried several years later, and in 2015 he was featured in the German weekly magazine Der Spiegel. A 60 Minutes segment followed. His past life was news to his employer—the New York Independent System Operator, which manages the Empire State’s electric grid—who summarily fired him. Watching his savings deplete, he and his family searched for affordable locales and settled on Newton County. Today he spends his days writing and talking about his faith and past life at religious and corporate events, and he has appeared as a talking head on CNN and MSNBC to discuss Russia. He thinks the country did try to create mischief during the national election and thinks partisan bickering between Democrats and Republicans over Putin could threaten national security. In March he published a tell-all book, Deep Undercover, that’s attracting large crowds at book festivals and being shopped around to film producers. There is life after espionage.

On fall fairs and longing in southeastern Louisiana 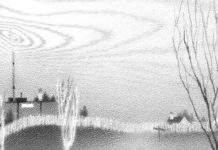 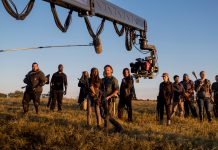