Punxsutawney Phil may call Bill Murray a friend, but Georgia has its own weather woodchuck, General Beauregard Lee. On February 2, the groundhogs will emerge from hibernation to determine whether we’re due for another Snowpocalypse. Which rodent is the more reliable forecaster? 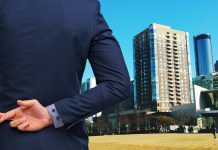 A modest proposal to get Amazon’s HQ2 in Atlanta: Make stuff up