On the last day of Ramadan in 2015, Aron Tuff pressed his forehead to the floor of the Ware State Prison cafeteria, which Muslims within the population use as their mosque, and asked God for freedom. “Please,” he prayed, “just let me die at home with my family.”

Tuff had no reason to think his prayer would be answered. After all, he was 20 years into a life sentence. In June 1995, he’d been arrested in his native Moultrie after police saw him drop something onto the ground. Tuff insists to this day it was a cigarette, but police found a piece of paper wrapped around 0.3 grams of crack cocaine. Tuff was charged with intent to distribute; that October, a jury found him guilty. The verdict represented Tuff’s third felony conviction, following earlier ones for drug possession and burglary. The district attorney, using Georgia’s three-strikes law, requested the mandatory life without parole. The judge obliged. At 40, Tuff was looking at growing old and dying behind bars.

Inside, the years dragged. “You kinda get to where you don’t care anymore,” he recalls. “Like, what are they going to do to you? I had so much rage toward Moultrie, toward the courts, toward my family.” Islam, with its teachings of peace, pulled him out of his anger. As he was moved through the state’s prison system—four different prisons over the years—he trained to become a law clerk, helping other inmates with their cases. A community imam gave Tuff the name Ibrahim, the father of multitudes.

Just before Tuff prayed on that day in 2015, the guards came with a message: Tuff had a visitor. Sarah Geraghty, an attorney at the Southern Center for Human Rights, had come to see if she might be able to get Tuff out of prison. It turned out that, although not much had changed inside the state’s prisons during the years Tuff had been incarcerated, the mood on the outside, when it came to criminal justice, had been shifting. In Georgia, the conservative governor Nathan Deal was discussing criminal justice reform as not just a fiscal imperative but as a moral one. “If you pay your dues to society,” he said in his second inaugural address, “if you take advantage of the opportunities to better yourself, if you discipline yourself so that you can regain your freedom and live by the rules of society, you will be given the chance to reclaim your life.” Among the reforms he championed was House Bill 328, which provided a mechanism for nonviolent offenders on lengthy sentences to automatically get a shot at parole. Deal signed the bill into law in May 2015.

“I’m giving you another chance at life.”

On the surface, Tuff seemed like an ideal candidate for an early release under the new law. But there was a problem: The state’s risk management system took into account an inmate’s prior felonies, nonviolent or otherwise, and anyone with a record apart from the crime for which they were incarcerated was likely to find themselves ineligible for early release. Despite the buzz around HB 328, only 11 inmates have been granted parole under the law’s provisions. Tuff may have had a sterling record in prison, and his crimes may have been nonviolent, but he was still ineligible for early release.

Enter the Southern Center for Human Rights, which was taking up cases individually that the new law was automatically passing over. Geraghty was there to size up Tuff. “Before you take on a case,” she says, “you need to see how someone is going to present to the DA and in court.” SCHR gets about 100 referrals per week from families of prisoners.

Tuff’s life sentence, combined with his clean record, Geraghty thought, made him an ideal candidate for the usually long-shot move of asking a judge to modify an original sentence. SCHR often finds itself fighting for the civil rights of murderers and rapists; Tuff’s criminal history, by contrast, Geraghty says, “was just . . . not that bad, and his behavioral record was exemplary.”

Geraghty and SCHR’s argument was that Tuff’s life sentence amounted to cruel and unusual punishment. After all, he was one of just two people in Georgia’s Southern Judicial Circuit serving life without parole for a nonviolent offense. (SCHR also represented the other inmate, Donald Phillips, who was released in February after serving 24 years on a life-without-parole sentence for selling cocaine.) “Almost no state would mandate a life-without-parole sentence if Tuff were sentenced today,” she wrote in a court filing. In September 2016, just over a year after her visit to Ware State prison, the state Department of Corrections transported Tuff back to Moultrie for a resentencing hearing. In the courtroom sat his extended family: his sisters, now grandmothers; his son and nieces, now with their own families. This time, to his shock, the new DA was on his side.

The DA asked Judge James Tunison to resentence him to time served—and got it. “I’m giving you another chance at life,’” Tuff recalls the judge saying. His release was so unexpected his sister had to go buy him clothes. Tuff walked free past a row of relatives filming him on devices—smartphones—he had never seen in person before. “Man, I felt like Rip Van Winkle: I went to sleep, woke up, and the world done changed.” He was 61.

It took him two months to feel comfortable with people. “You don’t mingle with people in prison,” he says. “I had to learn to let my guard down.” He began discovering a changed world. Music was wrong; speeds on the highway were faster than he remembered. Technology was similarly confusing: His daughter gave him a flip phone and tried, without success, to get him on email.

Tuff was one of about 20 who had fallen through the cracks of HB 328 that SCHR had gotten out of prison. Geraghty’s guess is that there are dozens more who could be helped. He did a year on probation, then moved in with his brother and joined the small Muslim community in Moultrie. Tuff lives on Social Security and a small VA pension from his time in the Army. He bought a car and goes on occasional road trips to nearby cities. One thing, he noticed, has changed: the police. “They’re a lot more respectful now,” he says. They used to be brusque with him, he says. “It used to be, ‘Yeah, uh huh.’ Now, they all, ‘Hey sir, how you doing?’” 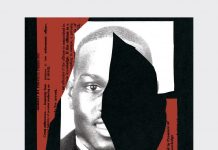 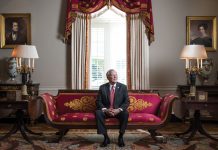