Conventions aren’t only fun for conventioneers. When fanfests are in town, spotting costumed revelers is a spectator sport. This month, two legendary fictional universes collide as 221B Con (April 4–6) and TrekTrax Atlanta (April 25–27) bring Sherlock Holmes junior gumshoes and Star Trek Trekkers to our streets. You may think it’ll be easy to distinguish the nineteenth-century sleuths from the twenty-third-century space cadets. Think again. Let’s play Sherlock’s Observation Game, shall we?

Someone walking around in a deerstalker hat.
Your deduction: Obviously Sherlock.
Answer: Elementary, one would think. But wait, Watson. Note the green bloodstains on his collar, probably from a shaving accident. And more importantly, see the top of his ears tucked beneath the hat. The only logical conclusion: a Vulcan Trekkie bracing against another “unexpected” Southern snowstorm.

Someone walking around in deerstalker and cape-coat while brandishing a calabash pipe.
Your deduction: Aha! That has to be Sherlock!
Answer: Sorry, old boy. The metallic-gold tint to the skin is a dead giveaway. It’s Data, the android comic relief from Star Trek: The Next Generation, role-playing as Holmes on the Enterprise’s holodeck, as he did in several episodes.

Handsome young man. Dark hair, piercing blue eyes. A dreamy British baritone.
Your deduction: Not sure. It could be the title character of BBC’s rebooted Sherlock or the latest Star Trek villain Khan Noonien Singh.
Answer: That’s just actor Benedict Cumberbatch, who has played both roles. (Maybe the voice of Smaug the dragon from the Hobbit movies will return for Dragon Con!)

Portly young gentleman slightly waddling. Black T-shirt. Pale skin. Acned. No female companion. Nose buried in a book.
Your deduction: Stumped.
Answer: Clearly a geek or nerd. But the title of the book he carries, The Wrath of Cyntax, leaves his affiliation inconclusive. It could be one of the myriad Holmes-Trek crossover fan-fiction offerings. Frankly, Watson, I haven’t the foggiest.

This article originally appeared in our April 2014 issue under the headline “Your ‘SherTrek’ Spotting Guide.” 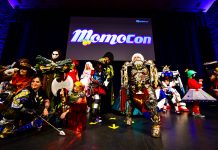 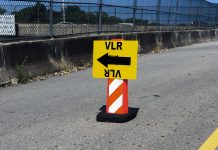 What’s filming in Atlanta now? Avengers: Infinity War, Ant-Man and the Wasp, Valor, Uncle Drew, plus the Marvel film that got away 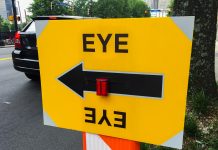