Home News & Opinion From the Magazine “A poke at the underbelly of Atlanta’s gentrification.” An artist fights to...

When Gregor Turk paid $85,000 for his northwest Atlanta studio—a one-story cinderblock structure built 70 years ago by a World War II veteran—the visual artist quickly learned the nuances of neighborhood customs, such as the crack house down the street that announced new product by hanging a Tweety Bird piñata in the front yard.

That was in 2003—ancient history in the fast-evolving landscape of intown gentrification. Turk’s studio is now surrounded by 35 new single-family homes, with prices starting at $550,000. Hipster venues have already moved in, from a coffee shop to a BYOB axe-throwing facility. And the area has been rechristened “West Town.”

Not so fast, says Turk, who in 2016 erected a billboard in his yard that reads, “Welcome to the Heart of Blandtown.” The sign is not a passive-aggressive middle finger at developers, Turk says. Instead, it’s a history lesson.

Hidden behind the Atlanta Waterworks, Blandtown’s known history dates back to just after the Civil War. Once home to four churches, a public health clinic, and a dime store, the predominantly black neighborhood flourished until 1956, when the city rezoned the land from residential to heavy industrial, a “death sentence” according to Larry Keating, professor emeritus at Georgia Tech and author of Atlanta: Race, Class and Urban Expansion.

The ordinance blocked new construction and even discouraged home repairs so that by 1990, the community had lost nearly half its housing and three-quarters of its population. The rezoning’s effects would linger until recently, as proximity to the Westside boom has begun to lure developers.

Turk has made preserving Blandtown’s name and history his personal mission. His project “Reclaiming Blandtown (Phase 1)” is one of a dozen winners chosen from among 77 applications for a $1,000 Idea Capital Atlanta grant this year.

At an Atlanta Preservation Center panel discussion hosted by Turk, Rhana Gittens, a Georgia State University PhD candidate, amended urban folklore surrounding Blandtown’s origins. Legend had it that white landowner Viney Bland paid for her slave Felix Bland’s university education and willed him her estate, which he later lost for failure to pay taxes. But Gittens’s research found that Viney was registered in the 1880 census as black. Her husband, Samuel, who was also black, purchased four acres for $200 in 1871. The couple had four children, including Felix—presumably none of whom were slaves.

As part of his project, Turk is using boxes wrapped in used bicycle tire rubber to create wall-mounted sculptures depicting the footprints of local buildings. Sites range from demolished structures like a barbershop and a juke joint that once catered to railway workers to the present-day homes that replaced them.

Felicia Feaster, a member of the Idea Capital Steering Committee, says Turk’s work stood out because, in addition to it being “a little poke at the underbelly of Atlanta’s gentrification . . . there’s gravitas.” He’s critiquing a problem, she says, and starting a conversation—one that Turk plans to continue this year with an exhibition.

While the community’s name isn’t particularly sexy, Turk wants the neighborhood to own it: “There’s nothing insipid about Blandtown.” 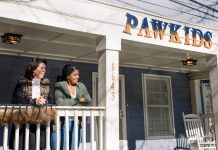 Rebuilding Bankhead: How an effort to revive Grove Park aims to not leave residents behind 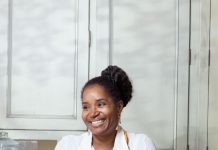