Home Income Inequality Shirley Franklin: “I regret that I didn’t do more” 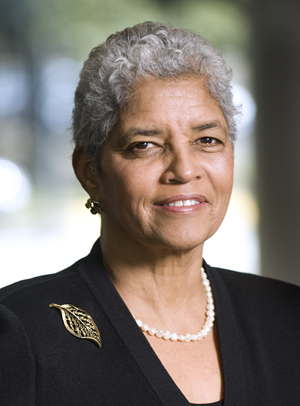 Franklin responded with the kind of candor that comes from trading political office for academia (the former mayor is now a prof at UT-Austin) and the nonprofit world (she’s also CEO of Purpose Built Communities).

As she told National Journal:

I regret that I didn’t do more. What I could have done is been a
stronger advocate. The first and easiest thing to do would have been
to use the bully pulpit to talk about the importance of reaching back
and helping people at the lowest end. I know that I offered
alternatives in city government. For instance, we increased the
minimum wage that was being paid to city employees. That seems like a
small thing, but there were city employees who were earning less than
$20,000 a year working 40 hours a week when I came into office. As
soon as there was money, we raised that, and we took seasonal
employees and moved them into full-time positions. That was an effort
to raise the level of income for working men and women who were doing
a good job, but who were vastly underpaid. We raised the floor, but I
should have been talking to everyone and making the wage rate in the
state of Georgia and in the city of Atlanta, beyond City Hall, an
issue.

Franklin said that her other regret was that she “really didn’t do much around education” while in office. As she noted: “I’m an advocate for education and some alternatives like charter schools, but I could have done more. I could have brought more people together to force the discussion about how our children were continuing to fall behind, and I didn’t do that.”