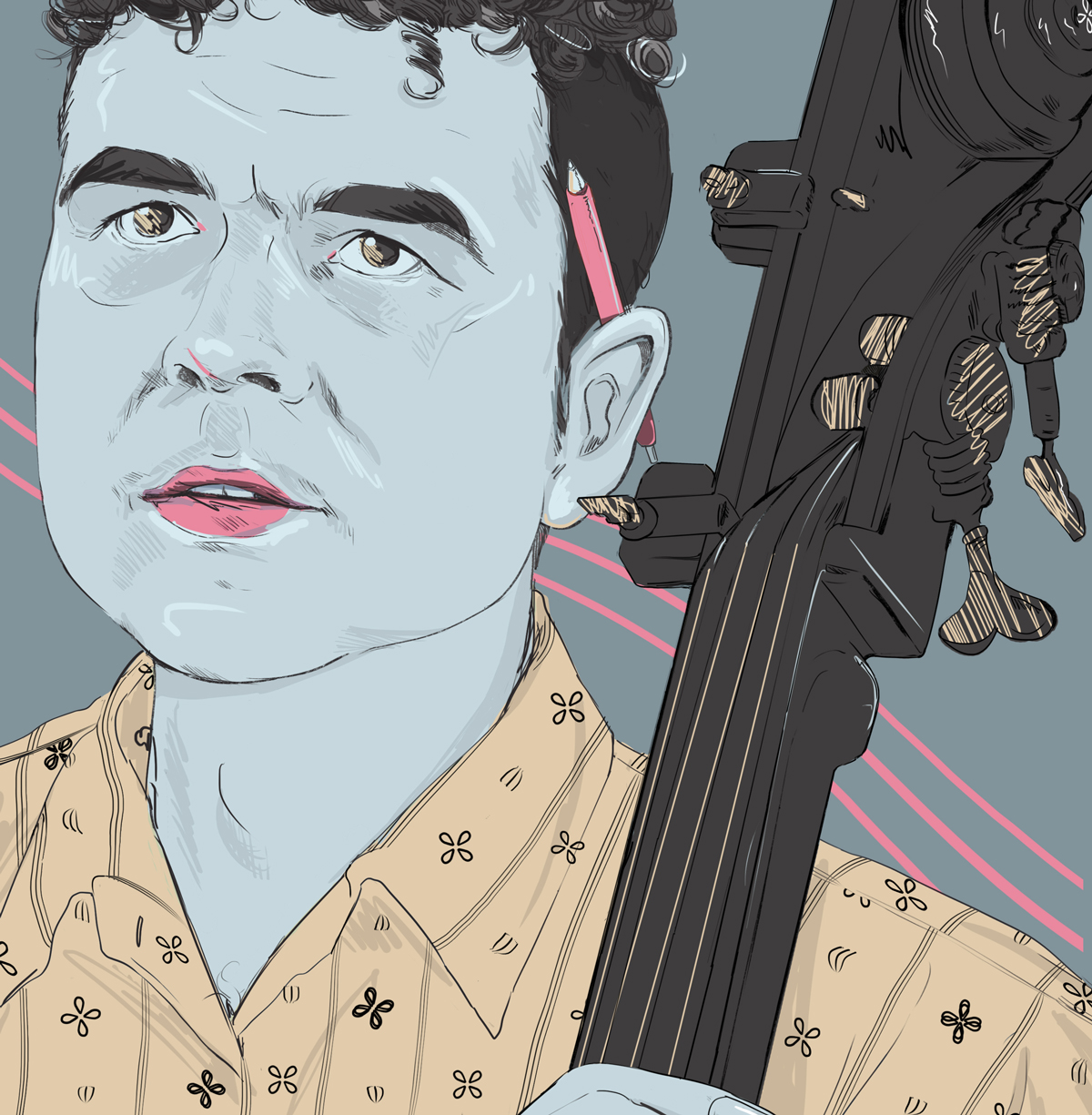 Michael Kurth perches on a folding chair in a stuffy backstage room at Symphony Hall on the first of May, headphones snugged over a graying mop of black curls, grooving to music piped in from the stage. Recording engineers and Atlanta Symphony Orchestra staff huddle with him in a makeshift studio. Kurth, an ASO bassist by trade, occasionally references the printed orchestral score for his 2018 composition, Miserere.

After leading the orchestra and chorus through the first two movements, Music Director Robert Spano and a few performers enter the booth to discuss the sound. The composer offers some direction, and they return to the stage to make adjustments.

“I’ve lived with this music for so long,” the Maryland native says, explaining that his role during the recording sessions for his new album was to figure out “if what was coming through the headphones was a good match for my ideal soundtrack.”

“I really feel like I’m the luckiest composer in the world.”

The recording, due out in early 2019 on the ASO Media label, contains five originals written for orchestra—plus a piece composed for orchestra, chorus, and mezzo-soprano Kelley O’Connor—and could function as a demo tape, introducing the 47-year-old’s orchestral works to symphonies across the country. The recording is Kurth’s national debut as a symphonic composer, but he’s not quitting his day job; he begins his 25th season with the ASO on September 20.

Since the symphony performed his fanfare “May Cause Dizziness” in 2011, the group has commissioned and premiered five more of his melodic, polyphonic, and intensely rhythmic works. “Spano has opened doors and trusted me and championed me,” Kurth said.

He hopes the album opens the ears of conductors nationwide, though his music is already traveling beyond Atlanta. The Kansas City Symphony performs the four-movement A Thousand Words next month. “I really feel like I’m the luckiest composer in the world.”