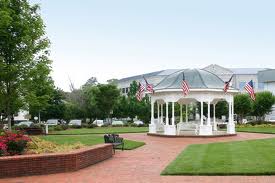 While the folks at the real estate blog Movoto.com think Atlanta excels in nerdiness and redneckery, they’ve concocted a new list where, oddly enough, the city doesn’t place at all. Movoto’s “10 Best Places in Georgia” roster doesn’t include the state’s capital.  That’s right; Atlanta evidently doesn’t rate. The most peachy keen of Georgia’s places to live is none other than (drum roll, please) Canton.

The ratings certainly skew toward suburbia and smaller cities and we suppose that for those seeking residency in the Peach State, the list may be a nice reference. But those of us inside the city itself are still trying to make sense of its exclusion.

In the meantime, Canton, go ahead and brag.

The 10 Best Places In Georgia By Movoto Real Estate