This series on the fall arts season was produced in partnership with ArtsATL. Read the whole package here.

Ann-Carol Pence is one of those musicals-loving theater people who break into song midsentence as if they’re starring solo in In the Heights. “Good morning! I’m so glad you’re here!” belted the associate producer of Aurora Theatre as she greeted a family arriving for the Lawrenceville company’s summer camp. Startled for a second, the parents smiled.

“I’m so glad you’re here” could become the standard salutation of the Atlanta arts season this fall after more than a year of Covid-19–induced quarantine kept audiences and artists physically separated by the largest fourth wall ever. Sure, groups did a zillion Zooms to keep patrons engaged, but with the pandemic loosening its grip, artists of every ilk are anxious to reestablish direct contact.

Anxious, however, could be another operative word this autumn. The delta variant continues to spread in Georgia, and the state is fourth in the nation in number of Covid cases. Wariness remains widespread among arts presenters and patrons, even as most venues have imposed vaccination and testing mandates for audience members.

Also, memories are fresh of the social justice and police brutality protests that overtook Atlanta’s streets last summer, some turning violent. The push to confront racial inequities hit Atlanta’s arts as well, and stakeholders are determined to see that the work continues. In 2020, the Coalition for Racial Equity in Atlanta Theatre (CREAT) started rating diversity among Atlanta’s performing arts companies, though its findings have not yet been made public. And the Community Foundation for Greater Atlanta, which oversees the Metropolitan Atlanta Arts Fund, made changes to its grantmaking after receiving a letter signed by 30 metro Black arts organizations rebuking them for failing to invest in groups led by people of color.

Will artsgoers—who have been through an awful lot since March 2020—venture out again? Leaders of Atlanta’s creative community hope so, but no one sounds sure.

“We’re very optimistic about this fall as well as the next year in general,” says Rand Suffolk, director of the High Museum of Art, which will play a strong hand with an exhibit by the late Vinings folk artist Nellie Mae Rowe, a 25-year Picturing the South photography retrospective, prints by pop culture phenomenon KAWS, and the Obama portraits.

But Suffolk isn’t ready to trumpet a full recovery. When that comes “is anyone’s guess,” he says. “What I do know is that we’ve done all we can to align the stars such that a boomerang year is possible. Fingers crossed everything now goes according to plan.”

Looking before they jeté, Terminus Modern Ballet Theatre is also being cautious. Director-dancer John Welker half jokes, “Everything worries me.” Then, he adds, “But I always approach the future with optimism. Our audiences have shown they are with us through thick and thin, and this gives us all great confidence and hope.”

No one has more hope invested this year than Aurora, which plans to open its $35 million, 55,000-square-foot Lawrenceville Arts Center in October, including a 500-seat mainstage, a cabaret hall, and a courtyard space. The contemporary glass and brick structure, adjacent to Aurora’s current facility, is being built by the City of Lawrenceville, with Aurora responsible for $5 million up front and all operational costs.

Producing artistic director Anthony Rodriguez admits concern about the Covid variant outbreak but says he and Pence are confident they can manage. After all, they navigated Aurora through 9/11 and the Great Recession, which caused renovation on its first Lawrenceville theater, a century-old church, to rocket over budget, delaying construction, when the facility opened in 2007.

“This is not our first rodeo,” Rodriguez says of virus-related challenges. “Maybe our most difficult bronco, but not our first rodeo.” He says he and Pence will be mindful of earlier lessons learned: remain flexible, avoid panicking, and communicate often and transparently with patrons.

Asked if he is feeling optimism or trepidation as the countdown to the Lawrenceville Arts Center launch continues, Rodriguez responds with a laugh: “Is ‘optimistic trepidation’ a word?”

At Dad’s Garage, the Old Fourth Ward comedy theater approaches reopening with a similar mix of unleashed energy and grounded caution. “It’s always easy to take away restrictions—much, much harder to add them back in,” managing director Lara Smith says. “Similarly, from a budgetary perspective, it’s much easier to plan for lower numbers and then exceed than the other way around. It’s about planning on parallel tracks: one where everything goes swimmingly and another where nothing hits the way we’d like.”

There are signs that “swimmingly” could win out. Smith and other arts leaders say that they are buoyed by how supporters from individuals to corporations stepped up during the pandemic, augmenting the federal government’s PPP loans and CARES Act relief funding.

The Community Foundation for Greater Atlanta’s Metropolitan Atlanta Arts Fund granted $1.76 million in three rounds of 2020 grants, more than triple the amount it awards in a typical year to groups with budgets under $2 million.

Foundation president and CEO Frank Fernandez says that Atlanta’s and the country’s reckoning around social and racial justice is healthy and that reinvigorated and well-supported arts can play a major role in the response. “Some great art comes out of social movements and disruption,” he says.

The foundation plans two 2021 grant cycles that will again far exceed its usual annual distribution of roughly $500,000. Fernandez says the funds will help organizations “with a strong equity focus” bridge back to prepandemic operating levels.

Synchronicity Theatre, the Midtown troupe whose mission is to “spark community connections and uplift the voices of women and girls,” has had interest from new or occasional funders in its education and access programs. “Synchronicity applauds a pivot to social-justice causes,” managing director Celise Kalke says, “and is excited to see how the arts can help funders achieve these objectives.”

The Arthur M. Blank Family Foundation has invested more than $35 million in Atlanta’s arts since 1995. Recently, it has decided to focus primarily on youth development, democracy, and the environment. Arts support will now be managed by the Molly Blank Fund, named for the Falcons owner’s late arts-loving mother. Its beneficiaries have included the Atlanta Opera’s Molly Blank Big Tent Series, the Breman Museum’s Molly Blank Cultural Series, and virtual programming at the Children’s Museum of Atlanta.

Karen Comer Lowe, new executive director and chief curator at Hammonds House Museum, expects a busy season of fundraising. The 1857 Victorian home in West End hosts exhibitions of visual artists of the African diaspora and educational programs but was closed from March 2020 to this summer. On the June day the museum finally invited the public back in, Comer Lowe looked ahead from an upstairs office as music spun by DJ Malik Stone reverberated from downstairs. She called the coming stretch a year of rebuilding, reconnecting, and reaching new audiences.

The arts community’s reemergence is sure to seed new partnerships and reinvention, one of the more notable recent examples being the Hambidge Cross-Pollination Art Lab. This Atlanta satellite of Northeast Georgia’s Hambidge Center for the Creative Arts & Sciences provides Atlanta artists free project and exhibition spaces at under-renovation Uptown, formerly Lindbergh City Center, provided by owners Rubenstein Partners. Because Art Lab planning predated the pandemic, Hambidge had to make myriad changes that director of programs Dayna Thacker believes can be applied in the future.

“Part of the ‘new normal’” in the arts, Thacker says, “may, in fact, be the act of appreciating silver linings.”

Atlanta native Howard Pousner reported and edited at the AJC for 35 years. A board member of the Paradise Garden Foundation, which manages Howard Finster’s folk art environment in Northwest Georgia, he is the Finster Fest artist market curator. He’s also a regular contributor to ArtsATL.org. 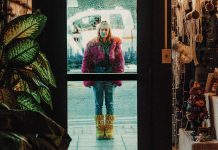 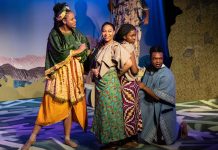