Some of Atlanta’s most well-known names did more than open their doors for stylist Leah Taylor; they gave her the keys. Celebrity House Sitting, a new reality show from Crazy Legs Productions airing on the Design Network (TDN), follows the adventures of a professional house-sitter as she goes about her days looking after houses for the rich and famous. Leah Taylor’s clients include some of Atlanta’s pop culture elite: Musician Zac Brown, comedian George Wallace, Lori Allen of Say Yes to the Dress, Speech from Arrested Development, NFL star and coach Hines Ward, Real Housewives’ Phaedra Parks, Fab’rik founder Dana Spinola, and more. Part of the fun is watching Leah make herself at home while the owners are away—and sometimes she finds out that house-sitting isn’t all glamour.

We found out more behind this seemingly cool gig. This interview has been edited for length and clarity.

How did you become a celebrity house-sitter?
I got started through my “real job” of being a celebrity fashion stylist. My career has allowed me to develop good personal relationships with my clients, which requires a lot of trust. So naturally I have a lot of access to their homes for styling purposes. Fashion never sleeps, so I tend to give my clients 24/7 VIP attention with all their fashion needs, allowing me to be in their homes while they’re away working or vacationing. It sort of grew from there, because why hire a house-sitter when your fashion stylist—me—can get you glamorous and house-sit at the same time?

How did the TV show come about?
I worked with an amazing production company here in Atlanta, Crazy Legs Productions, on another project, and they remembered my awesome personality. Their casting guy Daniel (whom I love) asked me if I be interested in doing a show mixing fashion with interior design, and I said, “Heck yes!”

Who are your Atlanta celeb clients, and what are some of the different jobs you do for each one?
I have worked with La La Anthony, Rosalyn Sanchez, Monica, Brandy, Kelly Rowland, Kim and Kroy Biermann, Rickey Smiley, Steve Harvey, Ludacris, Zac Brown, Lori Allen, Hines Ward, Phaedra Parks, Toya Wright, and Matt Schaub. Some of the different jobs I do for my clients outside of fashion styling include closet organization, wardrobe prep, and personal shopping. But after all that work is done and it’s house-sitting time, I just chill out, not make a mess, fix things that I think need to be fixed, and then pretend I am rich for the duration of my stay—which is the best part!

What’s the most unusual thing you’ve ever had to do?
By far the craziest thing I ever had to do was to feed chickens and give one of them medicine. First of all, I’m scared of anything that runs fast around my feet. Secondly, I don’t think I have ever been that close to a chicken unless it was on my plate. Needless to say, I stopped eating chicken for a very long time after that.

Which house would you want to move in, if you could?
It would be the home of either Hines Ward or Phaedra Parks. Both houses were beyond fabulous! I didn’t realize Atlanta had these types of homes. Ward’s home was great for entertaining and had a swimming pool that was breathtaking, giving you a Hollywood Hills vibe, while Parks’s home is perfectly located in Buckhead, but it feels like you’re in Paris or Greece while you are there.

Season one is streaming free on TDN.TV. 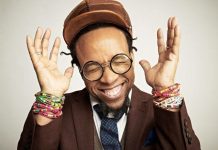 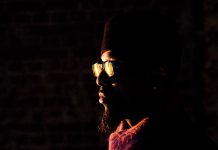 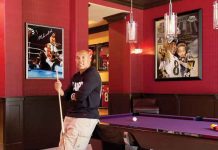