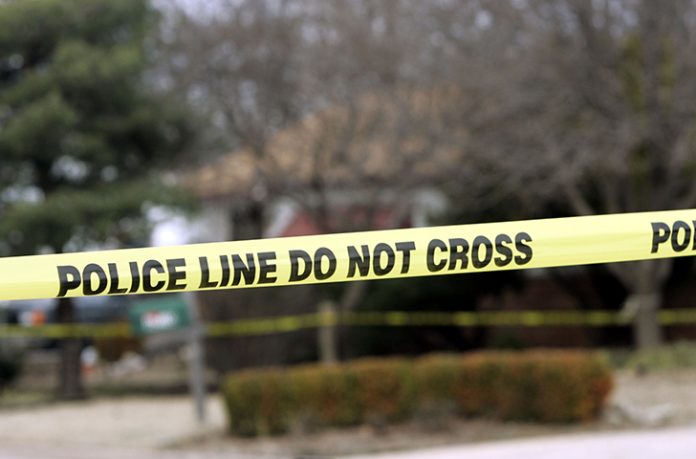 Last Thursday’s shocking news that the body of a young black man had been found hanging from a tree in Piedmont Park—combined with token media coverage and a quick ruling of suicide—brought about cries of a cover-up in the Twitterverse. Five days later, authorities have finally identified the victim as 22-year-old New Jersey resident Michael George Smith Jr., but still-unanswered questions will likely keep conspiracy theories percolating.

Early last Thursday morning Piedmont Park security guard Charles Butler was making his usual pre-dawn patrol past the park entrance at 10th Avenue and Charles Allen Drive. As he approached the “Free Nelson Mandela” monument, he came upon upon an unthinkable sight: a young African-American man, skinny, clean-cut, and wearing Chuck Taylors, hanging from a tree with a white rope around his neck.

Butler immediately called police, who sent a single officer to the scene, followed by a team of investigators. Police quickly ruled out foul play and deemed the death a suicide because pollen on the victim’s gray t-shirt suggested he’d climbed a tree and he was still wearing ear buds. Most importantly, there were no signs of struggle, investigators said.

Atlanta TV stations were slow to report the death, awaiting additional details in order to deter copycat suicides. “We do not report suicides,” WSB-TV tweeted, later elaborating: “Often we back off on a suicide out of respect for families.”

Nevertheless, eyewitness accounts from the investigation scene traveled quickly around the city. Following the recorded killings of Alton Sterling in Baton Rouge and Philando Castile in suburban St. Paul, some social media users speculated that the hanging death might have been a lynching committed by the Ku Klux Klan.

Around 8 a.m., @ShamoniFans tweeted “there’s a body hanging in Piedmont Park, they are ruling it a suicide but after everything that has happened these past two days, it can’t be[.]”

“The KKK was passing out flyers 30 mins away in Conyers,” @HEARTBREAKjazz tweeted about an hour later. “We’re supposed to believe a hanging at #PiedmontPark was a ‘suicide’? Ok lol…”

“A black man was found hanging from a tree in #PiedmontPark, but it is ruled as a suicide and no media coverage?” @jstcwarrior tweeted. “The KKK were in town too…”

In a week in which fatal police shootings had sparked massive protests in other cities, Mayor Kasim Reed was forced to respond to rumors that he said were “a bunch of things that aren’t true.” By afternoon, Reed and APD Chief George Turner agreed to hand the investigation over to the Federal Bureau of Investigations. In doing so, the mayor said in a statement, the city would “not prejudge the circumstances surrounding this young man’s death.” He pledged that police would “share all evidence discovered in the course of the investigation.”

The mayor, however, was unable to put suspicions to rest. That night, the killing of five police officers during a Black Lives Matter march in Dallas only served to inflame rumors of an Atlanta “lynching.”

The next day, Reed held a press conference to reassure residents that the city would be taking a “hands-off” approach to the hanging case. The APD had already reviewed surveillance cameras and interviewed “a number of individuals,” he said, but couldn’t find “any evidence that the KKK was in Piedmont Park distributing materials.” Ultimately, he lambasted irresponsible social media users for spreading unverified information that was responsible for a “lie getting around the world before the truth wakes up.”

“We’re in a very delicate environment in the city of Atlanta,” Reed said. “We need people on social media to be honest and accurate.”

Over the weekend, as thousands flooded Atlanta’s streets in protest, Reed refused to reveal the victim’s identity, even as some protesters suggested he was hiding something. The mayor fired back by saying that the decision to withhold his name came from a place of respect for the victim’s family. Even so, protesters remained wary, carrying signs referencing other suspicious recent hanging deaths of black men: “What happened at Piedmont Park? Remember Lennon Lacy? Otis Byrd? We want real answers! Release his name! He is somebody’s somebody.”

After a weekend of protests, APD Police Chief George Turner yesterday announced that no new evidence had been found to indicate that the KKK had been active in the park. Defending his boss, Turner went on to note the absurdity of a black mayor orchestrating a cover-up for a white supremacist group. “If anyone [thought] this mayor would protect the Ku Klux Klan, that would be a really horrible joke,” Turner said.

Early this afternoon the Fulton County Medical Examiner finally released the victim’s name and the official cause of death: asphyxiation by hanging. The death is still being ruled a suicide.