It’s been another busy month of filming in and around metro Atlanta. Despite all the rain, temperature swings, sinkholes, and everything else nature threw at us, May was filled to the brim with productions and star sightings. Let’s get down to the nitty-gritty—what we saw, and where we saw it:

A sequel to the 2016 comedy Bad Moms is currently shooting in town. The film, aptly titled A Bad Moms Christmas (production code: ABMC), centers on returning characters Amy (Mila Kunis), Kiki (Kristen Bell), and Carla (Kathryn Hahn) at, you guessed it, Christmastime. As is tradition duirng the holidays, they’ll have to deal with their mothers this time around. A Bad Moms Christmas started May shooting in the Oak Grove neighborhood, with a basecamp at nearby Oak Grove United Methodist Church. On May 10, crews moved to Buckhead, adorning Phipps Plaza with Christmas decorations. The mall tour continued on to Cumberland Mall, before production moved to Candler Park on the 17th. This week, signs were spotted in Vinings, just off of I-295,and around Lenox Square.

Shoppers here @phippsplaza in @iBuckhead are saying “too soon”! It is but no worries @simonmalls security sez it’s for a movie shoot. Whew! pic.twitter.com/WZPt58zHnd

Remember a couple of years ago when Robert De Niro was filming Dirty Grandpa here in Atlanta? What if we took that film and excised everything that wasn’t family-friendly? This is essentially The War with Grandpa (MARRO). The movie centers around a young boy who forced to give up his bedroom for his grandfather (played, of course, by De Niro). To regain his rightful turf, he puts together a series of pranks designed to get grandpa to move out. The War with Grandpa began production on May 2, shooting at Fernbank Museum. The next day, crews moved up to Gwinnett Place Mall. More MARRO signs were spotted at Ponce De Leon Avenue and Freedom Parkway on May 3. The abandoned hospital in Newnan, an oft-used location in Georgia, served as the setting for May 8’s filming. On the 10th, everything moved to Memorial Drive near Decatur. Crews returned to Gwinnett Place Mall on May 16, occupying the old Belk store. Between May 15 and 18, a basecamp was set up next to Agnes Scott College in Decatur. More recently, signs were spotted in Midtown on Spring St on the 19th, and this week production moved to a home in Roswell. The War with Grandpa also stars Christopher Walken, Uma Thurman, and Rob Riggle.

There’s an unexpected new star you might be lucky enough to spy in Atlanta. Yes, John Cena is in town working on a new comedy, The Pact (PCT). And he’s not alone—also starring are Ike Barinholtz and Leslie Mann. The movie’s about three fathers who agree to do everything in their power to keep their daughters from having sex on prom night. We first saw The Pact filming between May 12 and 14 at Holiday Fine Wine and Spirits off of Buford Highway. Nearby Ashford Elementary served as a basecamp. Signs were plopped on the corner of North Avenue and I-75 on the 16th, and filming took place at Emory’s Briarcliff campus the next day. This week, crews were working in Decatur, off of Gordon Avenue. On May 24, signs were spotted in Stockbridge.

@ATLWOOD411 Holiday Package Store has been converted to a “Quickway”. Nearby businesses got a memo that this is for a film called The Pact. pic.twitter.com/mQIg5mVV1I

And speaking of professional wrestlers-turned-actors, Dwayne “The Rock” Johnson’s Rampage (R-19) is also shooting in Atlanta. Rampage is an action/adventure flick based on the popular 1980s arcade game of the same name and also stars Naomie Harris, Joe Manganiello, and Jeffrey Dean Morgan. In late April, R-19 signs started popping up in Barnesville, Hiram, and Kennesaw. Crews were back in Hiram on May 1. A few days later, filming moved to Stone Mountain. On May 7, signs were placed on Windy Hill Road near I-75. The next sighting was on May 18, on the corner of Cobb Parkway and McCollum Parkway.

A holdover from last month, the YA post-apocalyptic book series Darkest Minds (PSI), continued shooting in May. Starring Amandla Stenberg, Harris Dickinson, Mandy Moore, and Gwendoline Christie, Darkest Minds tells the story of a group of teenagers who have developed super powers years after an epidemic killed most of the children in the country. Filming finished off April in Rico, before moving to this month’s most popular filming site, Gwinnett Place Mall. From there, production spent early May in Stone Mountain. Signs were spotted in Decatur on May 19th. Most recently, the film was back in Stone Mountain.

AMC’s Halt and Catch Fire (HCF) is currently shooting its final season. HCF signs were spotted in Lindbergh near Peachtree Road on May 2 and in Duluth off of Peachtree Industrial Boulevard on May 5. Between the 8th and the 9th, filming was ITP, with signs being spotted in Toco Hills. Filming took place at Rain Thai and Sushi Bar. Also, since everyone is going to the mall this month, on May 16, signs were placed near Northlake Mall.

Manifesto (MAN), the Kevin Spacey-produced series about catching Unibomber Ted Kaczynski, returned this month. Crews were spotted in Cartersville on May 6. The next day, shooting moved to Marietta in a neighborhood off of Terrell Mill Road. Between the 9th and the 10th, a basecamp was set up at Eastside Baptist Church off of Lower Roswell Road. Additional signs were spotted at Fort McPherson the same day.

Honey 4 (H4), the fourth film in the dance franchise you might not realize had three previous entries, is filming this month. There aren’t many details known about this project yet, but it’s been spotted in Mechanicsville on May 15 and near Colony Square on May 23.

Also this month: Oprah’s Greenleaf (GL) filmed in Norcross between April 28 and May 3. Stranger Things (BLK45), now using that new code, was in the old Norfolk building downtown on April 26, at Emory’s Briarcliff campus on May 3, and in Stockbridge on May 24. The Walking Dead (SF) was on Tyrone Road on May 4 and in Griffin on the 11th. Game Night (S&K) shot in Town Center Prado, off of Ernest W Barrett Parkway in late April. On May 15, signs were placed at Hollywood Road and Donald Lee Hollowell Parkway. On May 23, the production was spotted in Cartersville.  I, Tonya (IT) was in town for reshoots on May 16 at Duluth’s Infinite Energy Center.

And lastly this month, FilmL.A., Los Angeles’s film office, released a report on where feature films were shot and how much they cost to produce. Think of it as a list of where film producers can get the most bang for their bucks. Using the 100 highest performing films of 2016 as data, FilmL.A. was able to tell us a couple of things about our film industry.

When it comes to filming in Georgia, quantity seems to trump quality. That’s not to say we’re not producing quality work. We are, and those projects are making the most money. It just means that Georgia’s filming tax credits boost the state mainly due to volume, not any one film’s total expenditure. And that stresses why it’s still so important for the state to maintain the current tax incentives. We’re still growing. As our local crews train up and our infrastructure and studio support networks build, we’ll be looked at for more and more high-dollar projects. It’s already happening with Avengers: Infinity War. That, combined with the steady flow of well-performing, mid-budget films, will put the state of Georgia, and especially Atlanta, in a very good position for netting more tax (and tourism) dollars. 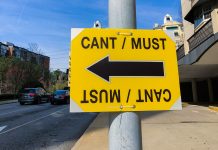