Adria Perez believes in the ripple effect. She also wants to see long-lasting transformation in her community. So, the 37-year-old Kilpatrick Townsend lawyer cofounded the Georgia Latino Law Foundation (GLLF), which mentors Latino law students to increase diversity in the profession. She hopes the single act of supporting Latinos in law will set off waves of change.

After a peer called her about starting GLLF in 2015, Perez remembers a voice in her head saying, I’ve gotta do this. “Some of these things I can’t shake, because they need to be done,” she says. As an undergraduate, Perez wanted to attend law school but had no idea what it would be like. She didn’t know any lawyers to ask for advice and had to rely on what she could find to read at the bookstore. Perez wants to make it easier for her GLLF mentees: She conducts mock interviews, explains complex documents, and prepares them for law school’s rigor. As the only Latina partner at her 600-lawyer firm, Perez wants to create more Latino lawyers, legislators, and judges. “I knew there was a need because I had lived through it myself,” she says.

In addition to her work as a lawyer, Perez has been heavily involved with ToolBank USA, an organization that lends tools to volunteers. With nonprofit work, a fast-paced job, and two kids to boot, anyone might be overwhelmed. But the self-described Army brat, who lived in Germany and South Korea as a child, isn’t about to slow down. She attributes her successful attitude to her father, a Cuban immigrant who left his country with only a few suitcases. “That’s the way I grew up, with the mentality that every generation has to do better than the last,” Perez says. “That’s why I don’t like a lot of talk. I like a lot of doing.” 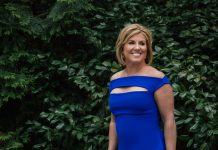