Rickey Wingo, fifty-three, suffered from schizophrenia and got agitated due to a side effect of his medicine. The final time it happened, workers at Northwest Georgia Regional Hospital pinned him to the ground and beat him to death, according to the state’s chief medical examiner, who ruled Wingo’s death a homicide. No staffers were charged or punished. Wingo’s case was just one of 115 suspicious deaths and incidents uncovered in a five-year Atlanta Journal-Constitution investigation of Georgia’s state psychiatric hospitals. No, this wasn’t Jack Nelson’s 1960 Pulitzer Prize–winning exposé about abuses at Milledgeville’s Central State. This series was published in 2007. Do you remember it?

If you don’t, you’re not the only one. We can be apathetic about mental healthcare, a particularly paradoxical mind-set given that a mental disorder strikes one in four Americans every year. When the 2007 AJC series met a resounding local silence, Georgians were fortunate that the world’s most prominent mental health advocate lives right here. Once again, as she has done for more than forty years, Rosalynn Carter fought for people with mental illnesses.

In 2009 the federal Justice Department sued Georgia for failure to protect citizens in state custody. Negotiations were headed toward an untenable resolution when the Carter Center’s Mental Health Program—founded in 1991 by Rosalynn—got involved. The center helped broker an agreement between Georgia factions; after two years, the vested parties hashed out an unprecedented settlement agreement.

“Before the settlement, people were being discharged inappropriately to homeless shelters and automobiles,” she said during the seventeenth annual Rosalynn Carter Georgia Mental Health Forum, held in Atlanta this May. “It is important to remember there is a real cost to doing nothing. Untreated depression costs billions of dollars in lost productivity, billions. Given the difficult economy, many states have stopped trying to improve their public mental health system at all. Because of our suit, we got some funding. Georgia can be a model for the country.”

The first improvement was pulling behavioral health out of the monolithic Department of Human Resources and creating the Department of Behavioral Health and Developmental Disabilities (DBHDD). The new department then closed Northwest Georgia Regional Hospital, beginning a statewide effort to move adults out of large psychiatric hospitals and into community care. To serve those consumers, the department added peer counseling centers, mobile crisis units, and other services; it also contracted with local hospitals for acute care. In just one year, the region’s readmission rates went from nearly twice the national average to below average. Typical hospitalizations have gone from forty-seven days to fewer than five.

Despite start-up costs, the department is hopeful the new structure will cost no more than the former approach, if not less, says DBHDD commissioner Frank Shelp, M.D., M.P.H. The goal is rolling out the system to the entire state by 2015, when the settlement agreement expires. There are still formidable difficulties. The agreement doesn’t apply to children, adolescents, or the elderly. And Medicaid reform presents challenges to hard-won progress. But so far, the Georgia legislature remains committed to the agreement.

“Without the Carter Center, I don’t know if the settlement would have happened, but I do know that without the Carter Center, the settlement would not be nearly as strong. Nor would there be the trust and relationships on all sides to work toward successful implementation,” says C. Talley Wells, an Atlanta Legal Aid Society attorney and key negotiator on behalf of consumers.

Carter has been an international voice for equitable mental healthcare since her husband’s first run for governor. “Every day I campaigned, people would ask me what my husband would do for a mentally ill loved one at Central State Hospital. It’s so exciting to me what has happened since I began.” 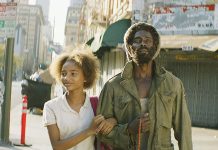 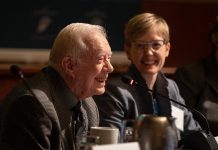