Home Uncategorized Back in the day: Fay Gold

For me, the 1990s started out with an exhibition by Keith Haring, followed by shows displaying works by Robert Mapplethorpe, Cindy Sherman, Annie Leibovitz, and Helmut Newton. I gave Thornton Dial and Radcliffe Bailey their first shows. It was quite the decade. In the 1990s, you still had a lot of Southerners who didn’t like change. They really wanted what their grandma had. I was never afraid to introduce artists like Mapplethorpe to Atlanta. I like to shock. I like to take risks. I mean, I didn’t show his “X Portfolio,” but there would be enough shocking things that little old ladies would come into the gallery, look around with very serious faces, and when they got to the door, they’d look at each other and start giggling.

I worked with Elton John for three years. It didn’t hurt that I suggested we do a fundraising auction for the Elton John AIDS Foundation, and we ended up netting $750,000. I would not tell dealers in New York who my client was. Many people were not yet aware that he was living here. I would have them mail me a huge amount of great photographs, and Elton would come in and go through each pile and pick out what he liked.

As told to Richard L. Eldredge 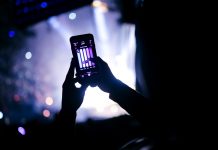