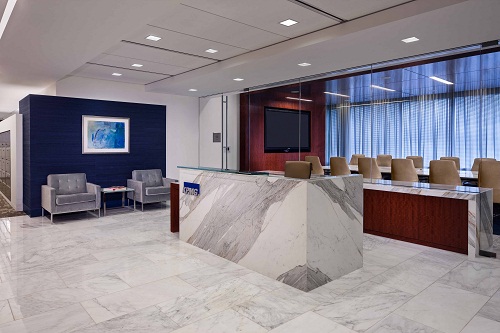 ASD provided full interior design services including furniture for this 124,000 SF project. KPMG LLP, the U.S. audit, tax and advisory services firm, operates from 87 offices with more than 23,000 employees and partners throughout the U.S. ASD has been working with KPMG for nearly 25 years.

The project was completed in four phases over an eighteen month period. KPMG LLP has an aggressive “Living Green” initiative that has been in place for the past five years. Thus, sustainability was integral to both the design and at the forefront of the client relationship. Over the course of the project KPMG LLP worked closely with Habitat for Humanity’s Downtown Atlanta ReStore and donated thirty 50’ semi-tractor trailers, diverted 600 tons of materials from the landfill, and their furniture donations contributed to building 107 homes in 2010-2011. The furniture donation provided many Atlanta small entrepreneurial start-up businesses affordable office furnishings at significant savings. At project completion the space achieved LEED Silver certification.