Esther Peachy Lefevre Park
Wylie and Powell streets; 0.7 acres
Since it was renovated in 2013, this corner of Cabbagetown has been a haven for dog walkers, with a canine-friendly drinking fountain and “hitchin’” post. For owners, it also boasts a great view of downtown.

Hardy Ivy Park
310 Peachtree Street; 0.56 acres
The Carnegie Central Library was demolished in the late 1970s, but its marble facade was preserved and used to create the park’s 30-foot-high Beaux Arts arch in 1996. The monument celebrates higher education; spot the seals of nine local universities in the pavilion floor.

Back to Atlanta Parks Guide
This article originally appeared in our June 2015 issue.
Advertisement 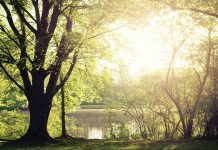 Whose park is it anyway? 3 beloved parks not run by City of Atlanta 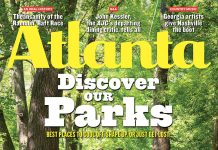 How land becomes an Atlanta park 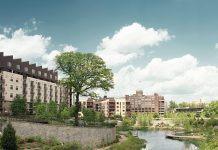