It’s fitting that Gallery 72 should call the former Atlanta Journal-Constitution building home; both institutions cherish storytelling. Opened in May and operated by the Atlanta Office of Cultural Affairs, Gallery 72 hopes to attract visitors to the downtown space with a mix of theatrical readings and exhibitions; its inaugural show, Foreword, featured oil paintings, interactive installations, and other works by Atlanta-based artists. With a north gallery highlighting digital artwork, a south gallery focused on mixed art forms, and an entry lobby that doubles as an event venue, there’s something for every visitor. 72 Marietta Street, ocaatlanta.com 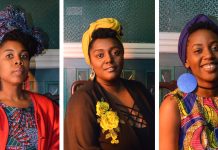