Home Civil Rights The Atlanta Student Movement: A Look Back 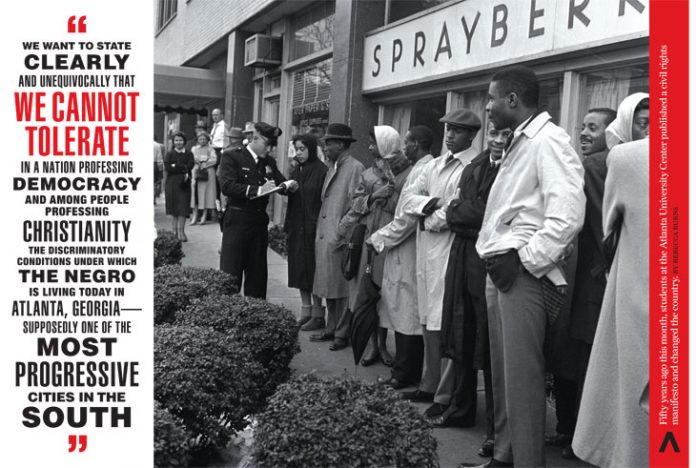 This article originally appeared in our March 2010 issue.
At breakfast tables across Atlanta on March 9, 1960, quiet consumption of coffee, grits, and eggs was disrupted as subscribers to the Atlanta Constitution and Atlanta Daily World opened their morning papers to discover a startling full-page ad.

The activity in Atlanta paralleled a national movement. In the spring, the executive director of the Southern Christian Leadership Conference (SCLC), Ella Baker, traveled to North Carolina to meet with student leaders and helped them form the Student Nonviolent Coordinating Committee (SNCC, commonly pronounced “Snick”). She strategized with students on how to carry out nonviolent protests. By fall, SNCC held a second meeting in Atlanta and set up offices here. The first big project: larger protests in its new headquarters city.
In early October, Lonnie King called Martin Luther King Jr. (no relation). “It’s time for you to get arrested here. I’ll go with you,” Lonnie said. 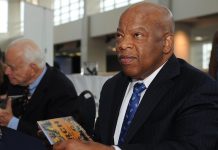 Flashback: How student sit-ins in downtown Atlanta sparked change in the 1960s

A tour of unsung places in Atlanta’s civil rights past