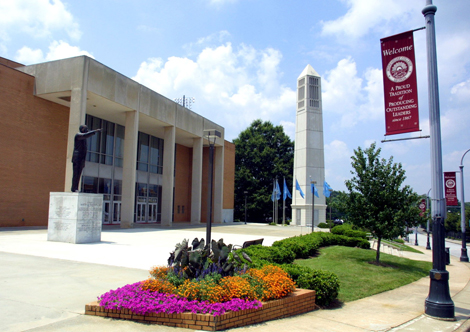 Students aim to represent the legendary “Morehouse Man.” What exactly embodies this Renaissance man has come under hot debate in recent years, but President Robert Franklin describes him as “well read, well spoken, well traveled, well dressed, and well balanced.” As a result, students must attend a minimum number of assemblies a semester, abide by a dress code, and are highly encouraged to take part in one of the school’s more than 250 study abroad programs.

Whether through the sixty-five-plus student organizations, five fraternities, or the renowned marching band known as the “House of Funk” (which appeared in the 2007 movie Stomp the Yard), students get involved. In fact, with 75 percent of Morehouse students taking part in community service, the school landed among the twenty-five best schools for “do-gooders” in 2010, as ranked by Newsweek. Other activities include intramural and club sports, plus seven NCAA Division II athletic teams. All students enjoy Hump Wednesdays—a weekly break to enjoy music, barbecue, and miscellaneous vendors.