Atlanta’s Out on Film celebrates its twenty-fifth anniversary October 4 to 11, making it one of the longest-running LGBT film festivals in the country. Festival director Jim Farmer offers a preview. Out on Film is now one of the oldest LGBT film festivals in the country. Reeling, Chicago’s LGBT festival, went on hiatus recently after thirty years. How do you keep Out on Film growing and prospering in these tough times? In addition to the week we do in the fall, we now hold screenings throughout the year. That has really helped us get the brand out there.

How has the Atlanta Pride Festival’s move to the fall had an impact on Out on Film? The festival is quite literally now Pride’s opening act in October, isn’t it? There are a lot of great opportunities to work with Pride on programming. Instead of just handing out pamphlets at Pride in the summer, we now have a chance to do screenings together. We’re trying to reach the same people, the same audience. It’s great to build that energy together.

When the Out on Film committee assembles to decide the festival’s lineup each year, how, um, spirited does the debate get? It does get spirited, but never ugly or antagonistic. We realize that we’re programming for our whole community. We all have our favorite films, we all have films that we root for, but at the end of the very, very long day, we realize we have a responsibility to make selections that will resonate with our entire LGBT audience. We don’t take it lightly.

There are LGBT film festivals all over the country. What’s unique about programming for the audiences at the largest one in the Southeast? My partner and I went to Frameline in San Francisco this year. [Many days] they screen from 11 in the morning until 2 a.m. They just love film there. Atlanta loves film too, but not quite enough to support an around-the-clock schedule like that. It’s a balance. We’re always about quality, first and foremost. But we also have to consider what sells. We have to put butts in the seats. So it’s a mix of really strong films that people might not have heard anything about yet—with a spotlight on Atlanta and regional filmmakers—and lighter things that will automatically sell themselves. Case in point: the Eating Out films. They’re fun romantic comedies with cute boys running around. When you’re a nonprofit film festival, you can’t argue with a sold-out audience of 200.

Twenty-five years ago, LGBT film festivals had far fewer offerings to select from. Your choices were thematically split between heart-wrenching coming-out pictures and heart-wrenching AIDS-focused films. Now you’ve got everything from gay teen-sex comedies to gay slasher flicks. Is this job more fun in 2012? It’s been an amazing evolution. Anybody can be a filmmaker these days. From a technology standpoint, it’s an easier environment for creative people to get something made without a big studio and without a huge budget. Years ago so many of the films that were submitted were dark and depressing. Topics have broadened now to include things like gay adoption, gay marriage, and relationships. Now when the films come in, they often have characters where being gay is just one element; it’s no longer the focal point. They just present everyday people, going about their everyday lives. Being gay is just one part of that.

We’re now living in an era where the president of the United States supports gay marriage. Are you beginning to see the results of those societal changes with what filmmakers are addressing in their works? We are. It is easier now to be a part of the LGBT community than it ever has. Especially for those of us who live in places like Atlanta. But we continue to struggle with issues we’ve been dealing with for thirty years, like equal rights and equal protections under the law. We’re seeing all of that manifest itself in what filmmakers submit.

Over the years, Out on Film became an early champion of Del Shores’s future cult classic Sordid Lives and TransAmerica, a drama that later earned Felicity Huffman an Oscar nomination. Did the festival privately take a bow for helping introduce those films to audiences? It’s great for us. As an independent film festival, we’re not going to get the Hollywood blockbusters. We’re going to get the smaller independent films, most of which, when you see the titles, you’re not going to be familiar with them. We’re proud that before Sordid Lives played at Out on Film, it was completely obscure. It was just a perfect fit for us. It ended up becoming a cult film, and Del Shores is still on the road talking about it decades later. We were thrilled to be able to screen TransAmerica and help that film build buzz. For us it’s about showcasing the filmmakers of tomorrow. At the 2011 festival, we screened The Wise Kids and hosted the film’s director, Stephen Cone. To be able to screen that early on was amazing for us. In ten years, he’s going to be a major filmmaker. And to see it earn a small theatrical release a few months later and score a rave from the New York Times was very gratifying.

Over the years, Out on Film has hosted everyone from John Waters to RuPaul. In 2011 your closing-night film, Judas Kiss, was a sell-out, thanks in part to a personal appearance by one of the film’s actors, Sean Paul Lockhart, who has also had a successful career as a porn star. Was there any cuticle chewing by the festival committee about booking that? We were a little nervous. We weren’t really sure what to expect. But the movie was good, and he’s very good in it. He’s a legitimate actor now. We had one embarrassing moment before the movie started. One of our patrons ran up to Sean Paul with one of his centerfolds and asked him to sign it. God bless him, Sean Paul didn’t blink. He even had a Sharpie with him. But we were mortified.

What film in Out on Film history has attracted the most attention? In 2010 we sold out a screening of BearCity, which is like Sex and the City, only with hairy men. Bears are a huge subculture in the LGBT community, and that was the first romantic comedy marketed to them. We sold out the largest theater in the complex. The bears literally ate the Midtown Art Cinema out of popcorn. They bought tubs of it. The theater panicked. We had to delay the screening for twenty minutes and wait for them to run out for more in order to avoid a riot.

What are some focal points for this year’s schedule of films? Our opening night film is Gayby about two college friends, a gay guy and a straight woman who fulfill an old pledge to have a baby together the old-fashioned way. Our centerpiece film, Cloudburst, starring Olympia Dukakis and Brenda Fricker, is a universal love story about a longtime lesbian couple who escape their nursing home in the U.S. to get married in Nova Scotia. And our closing night film is BearCity 2: The Proposal, the sequel to the first film with a lot more laughs.

So this should serve as an advance warning to the concession workers at Midtown Art Cinema? Absolutely. Start making that popcorn now.

This is an extended version of the interview that originally ran in our October 2012 issue. 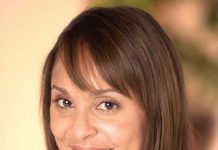 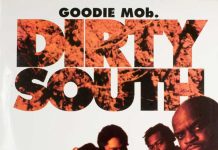