Geode coasters and agate bookends are in every gift shop these days, but designer Tish Mills was way ahead of the trend when she made her first quartz lamp for a show house nearly 10 years ago. Mills grew so enamored with natural stones that she started sourcing some of her material at the sprawling Tucson Gem & Mineral Show (think of it as a sort of Bonnaroo for rock hounds), which annually draws more than 50,000 visitors.

“Everybody loves rocks,” says Mills simply, when asked why people are drawn to the lamps, candle holders, and other stone accessories she creates as a sideline to her design business, Harmonious Living. “People either collected them as a kid or have some type of rock story.” 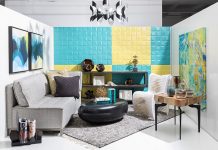 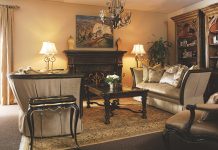 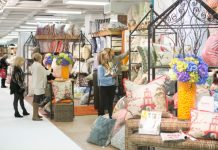