Home Local Foods An evening of fine chocolate, wine and jalapeno bacon in the Old...

If P’cheen chef and meat curing enthusiast Alex Friedman can figure out how to get his jalapeno bacon into a syringe, the city of Atlanta might have a new problem.

The smoky, spicy stuff is just that addictive.

Friedman also trotted out samples of his lamb bresaola (air-dried lamb loin) and aged Irish cheddar for the note takers, along with his signature drunken ‘shrooms (mushrooms sauteed in white wine, garlic and parsley and topped with melted provolone and white truffle oil) and P’cheen’s Guinness beer battered fish and chips.

Word is Friedman’s famed bacon will be making a cameo appearance March 27 at BaconFest ’10, the annual pork fat focused fund-raiser for Dad’s Garage.

We also managed to chat with a “Vampire Diaries” star while we were there.

Scribblers were then shepherded over to The Highland Bakery where pastry chef and chocolatier Taria Camarino and Persimmon Creek Vineyards co-owner Mary Ann Hardman and winemaker Caroline Hoogenboom awaited.

For days, Camarino had toiled, pairing bites of chocolate with the Clayton, Georgia winery’s seyval blanc, cabernet franc and merlot.

“It makes me a little crazy when people say, ‘Why should I spend $23 a bottle for your wine when I can find something similar for $9?’ It’s the difference between a hand-sewn Chanel suit and something mass-produced on a machine.”

“Our bottles, corks and labels are all made by hand and we only bottle 400 cases at a time. There’s something special about the touch of the hand.”

Camarino is just as selective about the slave-free chocolate she globally sources to create her confections.

“When I taste a great chocolate, I taste people,” explained Camarino. “I know where it grew and who grew it. It’s a deeply personal connection.”

Camarino says the biggest challenge for her is reeducating an American palette accustomed to paraffin-polluted, mass produced junk found in the Walmart candy aisle.

“People are only familiar with what they are exposed to,” she says. “My job is to introduce new elements. You have to start simple and just make it taste really good.” 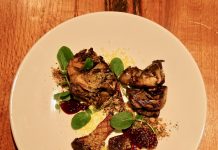 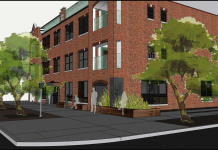 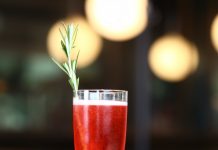 It’s a wide world of booze out there