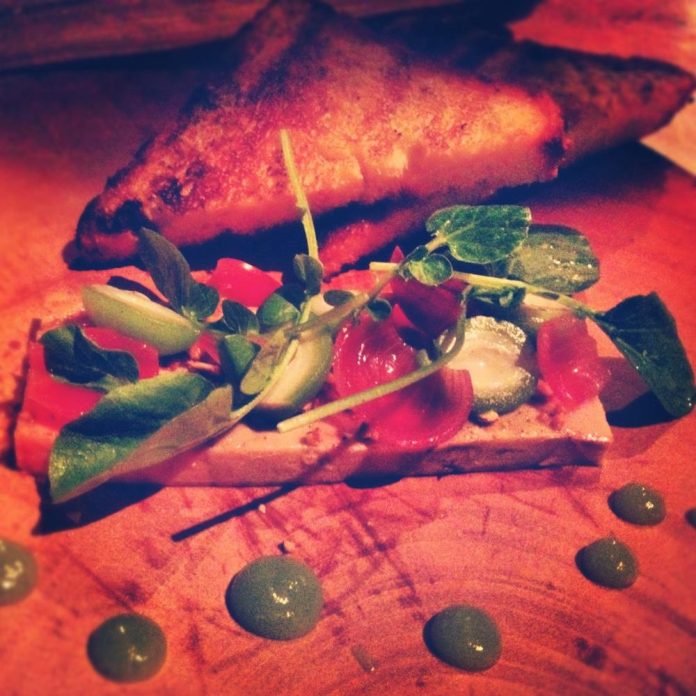 If the recent ban in California has you thinking of your foie gras options in Atlanta, you’re not alone. The controversial and delectable fatty liver has been showing up on the menus of a few of the most prominent new restaurants in town. The Spence and White Oak Kitchen are featuring some plates with it, while the Lawrence has the more subtle inclusion of “foie butter” in their stuffed poussin.

Of course, the dish is controversial here, too. Last year, protesters camped out at Restaurant Eugene and Holeman and Finch for serving foie gras, which prompted the restaurant to respond with a thoughtful, thorough statement about the protests.

The continued controversy in California does seem to be inspiring something of a renewed interest in foie gras, though. There were much-publicized all-foie-dinners and farewells. And , oddly, it doesn’t look like the California ban is going to be enforced.

In any case, there’s no shortage of foie gras in Atlanta. Our faithful food intern Evan Mah dug up the list below, which we think is just about every place in town to get your foie fix. I had the foie gras terrine and green peaches at the Spence last night, pictured above, which was nothing short of stunning.

Should you still be on the fence, I’ve included a few videos below about foie gras farming. Two of them feature Anthony Bourdain visiting foie gras farms in France and New York, including the Hudson Valley farm where a number of Atlanta restaurants source the ingredient. The other is one of those scary PETA clips of an industrial farm, as narrated by Kate Winslet.