Home Local Foods Getting goat meat to a clamorous public 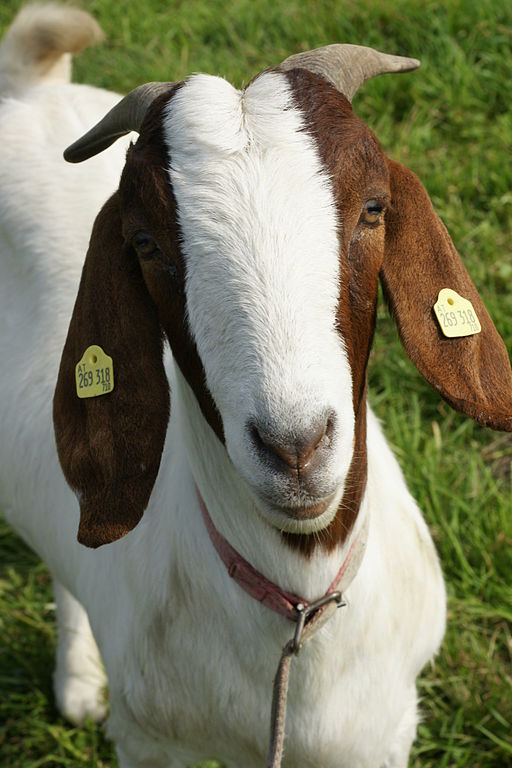 You may not be aware of it, but the demand for goat meat in this country far exceeds the supply.

As ethnic populations in the United States grow—and as the traditionally bland American palate grows more adventurous—interest in this global staple has grown too. The most widely consumed meat in the world, goat (aka cabrito, capretto, chevon) holds a place of honor in many cuisines, including Chinese, Indian, Mexican, Jamaican, Greek, and Persian. Problem is, there’s not much of it available in the United States. Most goat meat sold here is imported, frozen, from Australia and New Zealand. Americans who raise goats—for show, dairy or meat—are accustomed to calls from consumers in search live animals for slaughter.

In these circumstances, David Martin saw an opportunity. As president of Stockbridge-based Home Style Foods, he had considered creating a goat-meat sausage—but was foiled by the scarcity of fresh, USDA-inspected meat. So he, his wife, Frances, and their business partner, Bruce Dobbs, decided to do something about it.

The result is Gotcha Goat. After a trial run this spring, last week the company began supplying fresh, Georgia-raised goat meat to about 50 area Kroger stores—a company that in recent years has reached out to ethnic populations with specialty grocery items. To source the meat, Gotcha Goat LLC has devised a creative supply chain.

The company arranges with small and medium-size farms to purchase whatever goats they have. Gotcha Goat picks them up and transports them to an on-campus, USDA-inspected processing facility at Fort Valley State University, where Martin has established a partnership to help get the fledgling company off the ground. The meat is cut into pieces for easy stewing and braising, packaged and delivered to Kroger.

But for now, the company serves as an interesting model of how small farms and businesses can create their own local food distribution networks to keep sustainable food in the neighborhood. Gotcha Goat serves essentially as a collective, enabling very small farms to profitably raise goats without much upfront investment.

Goats are browsers, preferring weeds, vines and shrubs to grasses, so they can “clean up” a pasture. They are fast-growing, so a small amount of land can support several animals. And at current prices, they are unlikely to end up in finishing lots or factory farms, as the sheer economics of their meat would not support grain-feeding them. They do best when turned out onto rough land.

Goat meat has nutritional cred, too. Ounce for ounce, it has about half the calories of beef, the same amount of protein, and about one-fifth of the fat. It’s leaner even than chicken.

But hey, even though Martin would like you to try goat meat, he doesn’t need you to. As Rusty Lee, a Winder farmer and a judge on the meat-goat show circuit says, the market is already established.

“With all respect … we don’t care if [mainstream] Americans ever eat it or not,” Lee says. “We don’t have enough for them, anyway. The demand is already there, and it’s growing exponentially.”