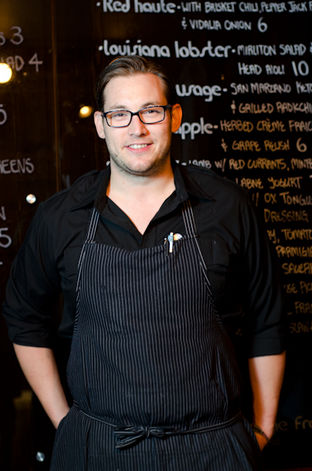 Jared Lee Pyles has left his position as executive chef at HD1 to open a sandwich shop in the Old Fourth Ward. The restaurant, slated to be open later this year, is a collaboration with Alex Brounstein of Grindhouse Burgers and Jason McClure of FLIP Buckhead.

There’s no word on a menu, yet, but Pyles was serving up two sandwiches, an Italian hanger steak on baguette and a braised chicken and chorizo on challah, at last week’s pop-up chef lunch at 999 Peachtree.

We caught up with Pyles this weekend to get a few more details about the project.

How did Villains come about?
Villains came about while me and Jason were working at FLIP Buckhead. Jason and myself have known and worked together since HOME Restaurant. We came up with the sandwich concept, then Jason nailed the name. I hung out with Alex at a bar one random night and we started talking about doing something new. The three of us (now, Three Villains) had a meeting at Grindhouse and the rest is meant to be.

Anything more specific than that?
It’s a greatest hits of amazing sandwiches under one roof with plans to deliver and then turn to dinner service.  An “Evil Pig” dinner concept with whole roasted pig.

I heard that y’all are looking at a space on Edgewood. Have you firmed up the deal yet?
Not yet.  It’s a process. Everything has to be good for all parties involved.  But we are hoping to have a signed deal soon.

Are you still with HD1?
No.  I have parted ways with the guys at FLIP/HD1.

What’s happening over there?
I’m not 100% on what is now happening there.  They’ll be just fine.  I set a goal and completed it.  What I left behind was a great restaurant that with their continued guidance will be there for years to come.  We just wanted two different things.  I’m a stubborn chef, who wants to do what I want.  And besides, I was just ready for a change. I had a amazing time with the company since we opened in 2008. With several FLIP’s and HD1 opening under my belt it was just time for a change. 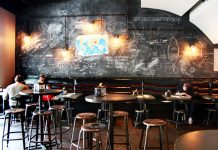 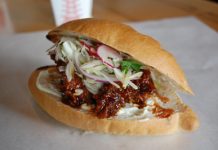