If you’re interested in learning a thing or two about cooking from the finest chefs in the South, now would be the time to give the Inn at Serenbe a call. They’ve just announced a cooking class series for 2013 that basically looks like it was compiled by the James Beard Foundation. The two-day class experience is intimate, with room for just ten students, and are hosted at Marie Nygren of the Farmhouse at Serenbe‘s home. Each class will consist of instruction and dinner on Sunday afternoon and evening, a one night stay at the Inn at Serenbe, and another day of instruction and lunch on Monday.

Proceeds from the series will benefit an expansion of Wholesome Wave, the organization that doubles federal and state nutrition benefit dollars spent at farmers markets, into nearby Southern states. Check out the full list below and contact the Inn at Serenbe for more information. 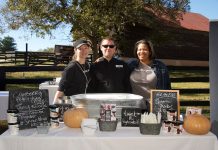 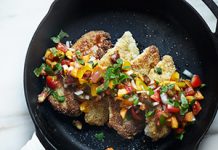