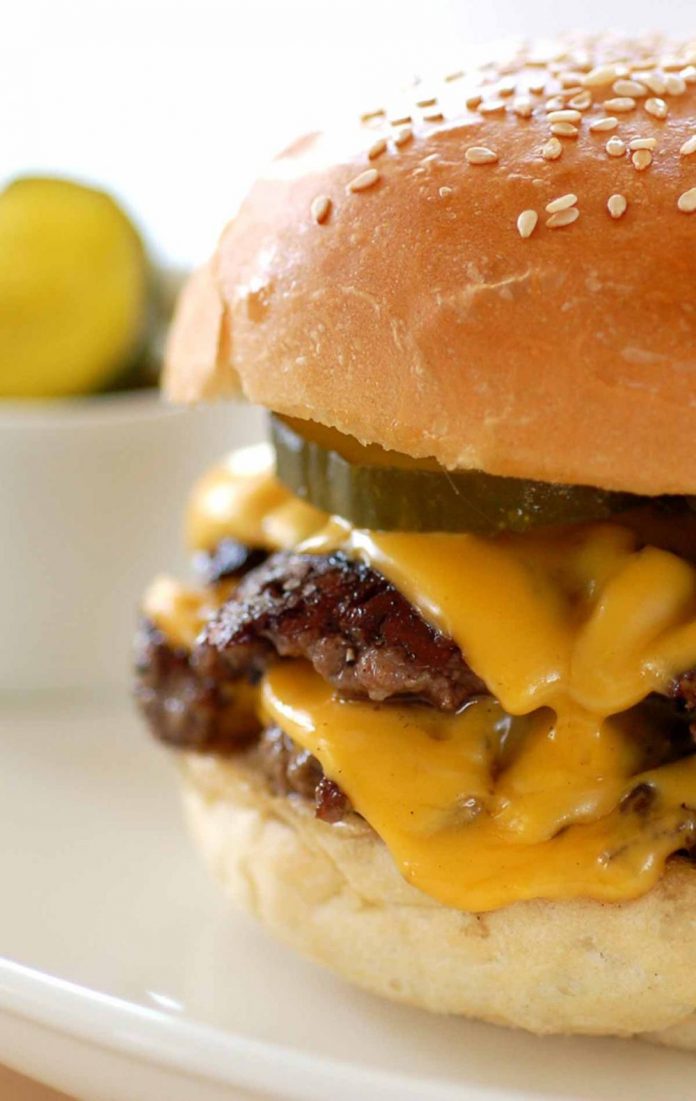 The burgers at Holeman and Finch and Bocado are two classic, American double-stacks Atlantans continue to crave. Both are simple — practically minimalist by comparison to others around town — and yet while seeming rather similar, they make for two different experiences.

Chef Linton Hopkins’s elusive burger earned big praise from Food Network’s Alton Brown and countless culinary publications and has since taken on a cult-like following. The staff at H&F forges only 24 burgers, beginning at the stroke of 10 p.m. Two hours before then, burger fanatics start filing into the bar and dining room where they hand over their credit cards to reserve their $10 burgers.

When the time does come, the kitchen readies the griddle. A server at the bar grabs a bullhorn. He or she asks the room what time it is. Perhaps from Peachtree Street, one can hear the roar of a crowd awaiting the arrival of its messiah. “BURGER TIME!” they trumpet. “BURGER TIME!”

These days, the burger is served all throughout brunch on Sundays, as well. The time commitment is considerably less, but the pleasure remains the same. Preaching the burger gospel, Hopkins recently said in an interview with Food Repbulic:

“Cheeseburgers aren’t the enemy,” he said. “I stand in front of a bunch of school kids and I’ll say, ‘Who thinks cheeseburgers are bad for you?’ They all raise their hands. They are getting programmed that cheeseburgers are the enemy. I say what about fresh baked bread, grass-raised beef, and real cheese, mustard and pickles.”

Chef Todd Ginsberg’s Burger Stack at Bocado also has its own following, with many believing in its superiority over, what some might say, is an over-hyped burger crafted by clever marketing. In creating the burger, Ginsberg went through three variations before settling on the current bread to meat ratio and, within the meat, the current chuck to brisket to short rib ratio.

Three weeks after Bocado opened, the Burger Stack hit the menu, and according to Ginsberg and owner Brian Lewis, Jennifer Zyman of Blissful Glutton was the first to start the burger craze. “Sweet baby Jesus Christo. That burger. That burger. It is still haunting me days after,” Zyman wrote on her blog in October of 2009.

In contrast to the contrived scarcity of H&F, the Stack is served all day, and Ginsberg doesn’t mind being known for a burger since so many say it is the best they’ve ever had.

“For me to hear that over and over again is amazing because they’ve had burgers their entire lives,” he says.

For serious Bocado Stack fans, they can try their hand (or stomach) at The Wimpy: three Bocado burgers for $21. The Wimpy, they stressed, was not for sharing. A common thread between these two burgers would be their simplicity. The ubiquitous burger trend often rushes to throw everything from pork belly to black truffles on top, inside, and underneath. (Yes, I’m looking at you, Chef Hubert Keller, and your wagyu beef and foie gras burger with truffle sauce and shaved black truffles on a brioche truffle bun. Keller’s burger comes with a 1995 Chateau Petrus and a $5,000 price tag.)

Here on earth where mortals dine, H&F and Bocado stick to bread, meat, cheese, and pickles with red onions or mayo depending on the kitchen. Both are cooked on flattops. In terms of distinction, Bocado’s patties have a crispy char and crunch, while H&F’s are ripe with juices and an unctuous, full-bodied fat boldness. H&F’s use of julienned red onions bring the sweet while Bocado’s mayonnaise, which Ginsberg says is to keep the juices from making the bottom bun soggy, adds a wholesome quality.

Between the two, the differences may seem minute, but I’ve yet to hear a better story than one from H&F: a customer, after taking one bite, set his burger down on his plate before picking up his water glass and throwing it onto the floor. Following the sound of shattered glass, the customer shouted, “This is the best damn burger I’ve ever had.”