I first was introduced to Joe Kovac Jr. the way most people run across each other these days: on Twitter. Joe has been a reporter for the Macon Telegraph since 1991. A native Georgian (he grew up in Warner Robins), Joe knows Southern Gothic when he sees it. On Twitter, his posts direct followers less toward his own stories than toward stories from long ago, in yellowed newspapers by long-dead writers.

Recently I asked Joe what possesses him to excavate the past like this. I imagined him procrastinating on deadline, lost in an archive search that starts down a rabbit hole that in turn leads to a network of subterranean tunnels, each tunnel branching off into still more, deeper into darkness. Joe told me that the old stories are a “reminder to myself that murder and mayhem are nothing new in these parts. Sometimes we think the good old days were all giggles and rainbows, when in truth we Southerners tend to be a violent lot.”

Joe’s first feature for us is a variation on that theme. Several months ago I reached out to him to see if he’d be interested in writing about the Dermond case—the elderly Lake Oconee couple found brutally murdered a year ago. He suggested a different approach: a profile of Howard Sills, the sheriff of Putnam County. There are a thousand anecdotes about Howard Sills (many of which the sheriff will tell you himself), but the one that says as much as any about him is something a cop once told a local preacher: “I can get you out of a speeding ticket anywhere in Georgia. Except Putnam County.”

Sills’s rectitude is matched only by his reputation for doggedness. Which has made the Dermond case especially vexing for the sheriff. “I figured Sills would catch the killer in a matter of days, if not sooner,” Joe told me. “He’s just that sharp. So as the probe wore on, unsolved, I sensed maybe there was a deeper story there: The cop who always gets his man, not getting his man.”

Joe’s instincts were spot on. In a hundred years, I imagine some Georgian stumbling across this story, sharing it with her friends, and saying, “So much for the good old days.” 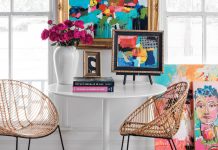 A studio, gallery, and vacation rental all combine in this historic Macon home 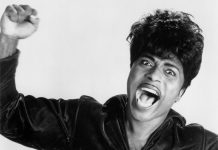