In 2001 the racketeering trial of Gold Club owner Kaplan gave Atlanta—a place where strip clubs and churches battle for prominence—a peek into the city’s premier cathedral of the flesh. Imagine a modern retelling of Caligula, only instead of victorious gladiators, we have overpaid and overindulged athletes such as Andruw Jones and Patrick Ewing, whose names both emerged during testimony from a parade of witnesses that looked like a casting call for a Charlie Sheen reality show. Testimony got so hot that a bailiff suggested adjusting the air in the courtroom. The three-month trial also revealed the club’s revenue-enhancement practices, which included padding bills with $375 bottles of bubbly. A mobster who’d admitted that he once sliced off a man’s ear testified that he saw Kaplan slip envelopes of cash to onetime Gambino crime family boss John A. “Junior” Gotti. Kaplan pleaded guilty to racketeering and served sixteen months in prison. He currently operates stores, including several newsstands, in New York’s Penn Station.

No Act Two The Buckhead club reopened briefly as a church, natch. In December 2009, the Gold Room nightclub opened in the space, but without strippers. 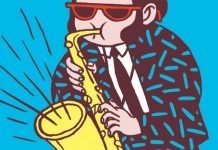 Party like it’s 1996: 7 iconic Atlanta nightlife spots of the era 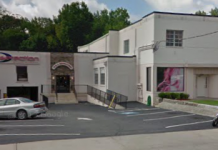