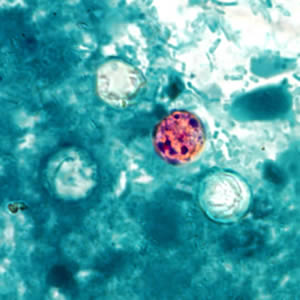 The national cyclospora outbreak continues as the stomach bug has now affected 353 people in 15 states, including three in Georgia, according to the CDC. Here’s what you need to know, courtesy of the CDC and the Georgia Department of Health.

What is cyclospora?
Cyclospora is a microscopic parasite that causes a stomach bug, cyclosporiasis.

How is it spread?
The parasite can be spread in contaminated food and water. It’s often found in fresh produce, although investigators haven’t traced the source of this specific outbreak yet. It’s unlikely that people can pass the parasite to each other.

What are the typical symptoms of a cyclospora infection?
People who develop cyclosporiasis most often have watery diarrhea that comes and goes. They can also have nausea and cramps, weight loss, bloating and gas, muscle aches, lowgrade fever, fatigue, and vomiting. It usually takes about a week after being infected for symptoms to start to appear.

How is a cyclospora infection detected?
Diagnosis can be difficult, especially if doctors don’t know what they’re looking for. A patient might have to submit several stool specimens before the infection can be diagnosed.

How is it treated?
The infection is treated with the antibiotic, Bactrim (trimethoprim/suflamethoxazole). There’s no highly effective alternative antibiotic for people who are allergic to sulfa drugs or who don’t respond to this treatment.

How can it be prevented?
There’s no vaccine for a cyclospora infection. And, because we don’t know how the parasite is being spread, we don’t know which foods to avoid. The Georgia Department of Health suggests washing all fresh fruits and vegetables, then drying them with a clean cloth or paper towel. The CDC says bleach and iodine don’t seem to kill cyclospora.

What is its recent presence in Georgia?
According to the Georgia Department of Public Health, the three reported cases of cyclosporiasis in Georgia have all been in women. Their symptoms started between June 15 and July 6. Only one of the three cases required hospitalization. The investigation is ongoing and they don’t know yet if the cases are related.