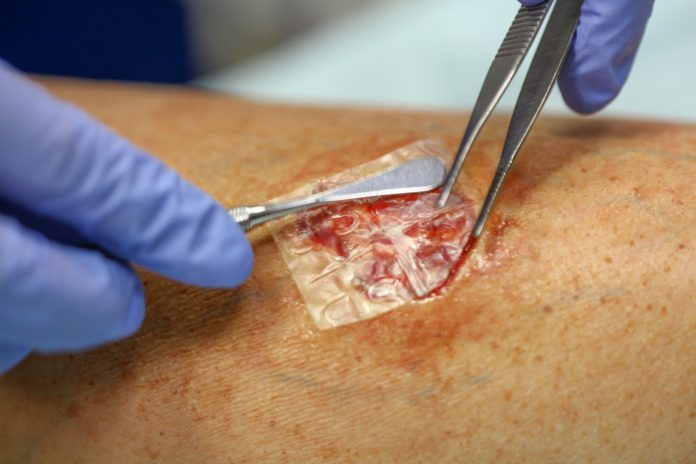 A Marietta-based biomedical manufacturing company is healing wounds all over the country. The MiMedx Group uses placentas to create EpiFix and AmnioFix, products used respectively for external and internal healing. MiMedx chairman and CEO, Parker H. “Pete” Petit talked to us about the wound-healing technology and why he thinks it’s so groundbreaking.

How does this work?
We collect placentas from hospital caesarean births—generally scheduled caesarean section births. Prior to that birth, the OB/GYN and hospital and mother have been educated, so the mother donates the placenta instead of discards it as medical waste.

We take it into our facility after it’s been quarantined and cleared, and put it through a medical process. At the other end of line, we get a piece of material that looks like waxed paper. It’s an extremely effective allograft, a piece of human tissue that has been processed, with 100 proteins Mother Nature created. It can do all kinds of things as far as reducing scar formation, enhancing healing, and reducing inflammation.

How widely is it used?
Over the last six years, we shipped over 200,000 allografts of various sizes—from small enough to go in the eye to large enough to go on a leg ulcer—all over the country.
It was first used in eyes. Three years ago, they started using them in wound care, like diabetic ulcers, for example. It’s used in most hospitals and wound care centers in Atlanta.

Why is the technology newsworthy?
This has proven, through our clinical studies, to be much more effective than the existing products that have been out for about ten years. It tends to close wounds at least twice as fast, sometimes three times as fast. It’s very clinically and cost effective.

With wounds, when people get these diabetic foot ulcers and venous leg ulcers, they’re horrible. They’re debilitating and they affect families. It’s a very significant problem. The quicker you can get the wound healed and the person back to normal, it’s life-changing. Anything that can speed up the healing process is well respected and I think that’s a good way to put what we’ve seen.

It’s clearly sweeping through the market rapidly and making inroads. We’re getting a lot of publicity about what we’re doing. This company is taking medical waste and producing a very productive product from it.

Can anyone buy it and use it?
No. It’s physician only. It’s not over the counter and there are no plans to do so at this point.

Have you always been so into health-related topics?
I started Healthdyne (an international healthcare company). My name’s on Georgia Tech’s biotechnology building. I’m a Georgia Tech grad and a Georgia Tech engineer. I’m maybe the first healthcare entrepreneur in Atlanta.