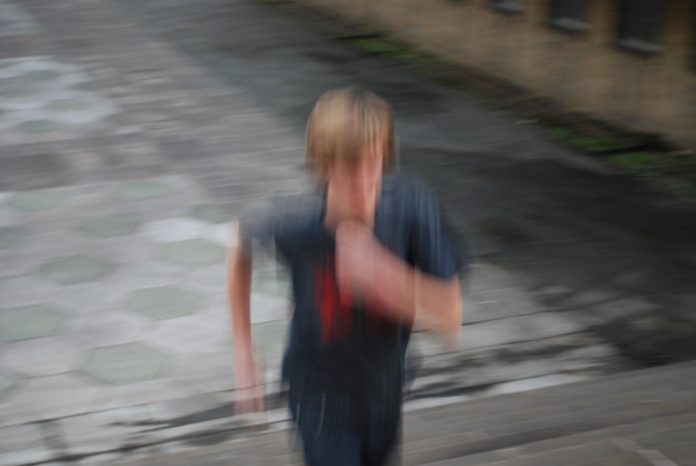 A few weeks ago, I promised that I would, quite unscientifically, test out the effects of certain alcohols on my modest (when sober) running ability. I’m here now to transcribe the results, written in a sauced scrawl in a small notebook kept here beside my running shoes, which I now keep near my liquor “cabinet.” Disclaimer: The remarks below are not meant to be construed as an aerobic or dietary recommendation. They are merely one man’s foolhardy experiment with combining two often enjoyable, but occasionally excessive, habits. Cheers!

Maker’s Mark Bourbon, 2.5 miles: I drank about two shots worth of it with a cube of ice and a little simple syrup. The latter addition may account for the short-lived rush of energy I experienced during my late-night circuit of Cabbagetown. Passing 97 Estoria, and the Krog Street tunnel, I nearly bowled over a tipsy couple walking home. I wondered if they smelled liquor in my wake. I ran through the tunnel, and smelled something worse: vomit. At least it wasn’t mine. All in all, I was impressed with bourbon’s energy-creating and mood-enhancing properties. But they began to drop off, significantly, around mile two. I got home and had another drink, before nausea set in. I’d do it again, probably, but with some mint. A Julep for jogging?

Myers Rum, 3.5 miles: It was raining, and I like dark and stormys, so that’s what I had. I did a few laps around Ansley Park. Much like my Makers Mark cocktail, a DS is sugar-based and I found that I could handle Ansley’s labyrinthine streets, and frequent hills, with ease. Also, notably, I didn’t feel the same pang of sorrow as I passed a childhood girlfriend’s home. A good, numb run. The ginger kept the stomach at bay. I felt a powerful thirst upon finishing, however. I chose to satisfy it with water, which left me feeling better an hour later than I did after the bourbon. I hung out at my mom’s house for an hour before driving home sober.

Absolut Vodka, 1.1 miles: I don’t normally drink vodka, but I’d just visited Charleston, where I had a great Bloody Mary. So vodka it was. I realized halfway around Piedmont Park’s active oval that the BM mix, of course, has salt in it. It was a hot day, too. And muggy. Perhaps that had something to do with my lightheadedness after one lap. Mixed with that was an unusual feeling of aggression. I got a little amped up when an old guy passed me, and tried to keep pace with him. But I couldn’t. I quit after two laps and headed for a swimming pool. Water, of any kind, sounded good.