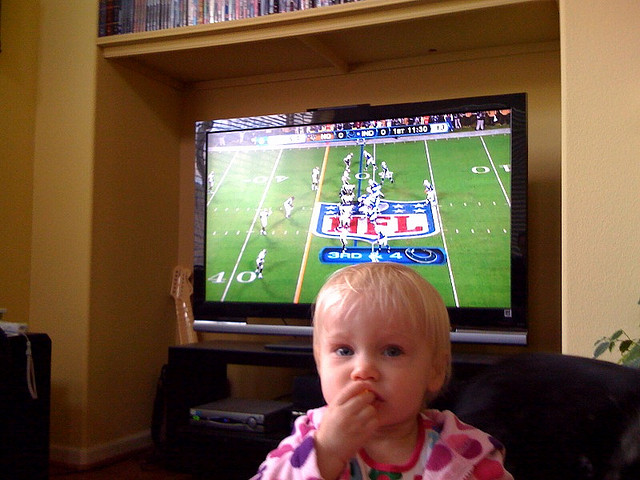 If you’re a Falcons fan, you’re probably in an OK mood this morning. There was no big win or big loss yesterday to make you exceptionally happy or sad. But New Orleans Saints fans, for example, are no doubt giddy. (For the record, my friends and family in my hometown of Cincinnati are very cranky over the Bengals’ bungled loss.)

Two Emory business professors studied the happiness and sadness quotient of NFL fans after a win or loss. Much of their research involved analyzing Twitter after a game to see how fans reacted. They did that across last season for every game and every team.

“For saddest after a loss, Atlanta fans are almost near the bottom. They’re 31 out of 32. For happiness after a win, they were tenth. At least last year, they were the fifth most stable fan base in the NFL. There wasn’t a huge difference how they felt after a win or a loss.”

Tripathi says that the emotional reactions are due to the expectations and passions of the fans.

“If you really expect to win and you lose, there’s going to be greater sadness. The other part is the passion or how expressive the fan base is. If you’re very passionate, you’re more likely to express that on Twitter.”

It seems as if the venting can be healthy and cathartic for fans.

“If you plot after any game, one day after, two days after, three days after, you see the spike after they lose. A few days later, you see it return to a baseline level. It’s the same if they win. They vent it out on Twitter, then they’re ready for the next game. It’s therapy with millions of other people.”

In the short term, however, your team’s loss can mean unhealthy eating behaviors. Tripathi points out a study by French researchers that found football fans often mourn a defeat with high-fat foods. After a victory, however, they tend to eat much healthier.

“We speculated on that a little bit,” says Tripathi. “With Atlanta, one of the big problems is, there are a lot of transplants and the team hasn’t had sustained success—or you’d see developed loyalty over time. This is a big college sports town. It’s not that people aren’t loyal, it’s just that they’re loyal to UGA or another SEC team. That being said, that doesn’t mean it’s something they can’t build. If they have success over a time, you’ll see that loyalty ranking go up.”