Home Doctors What It’s Like To: Perform Robot Surgery 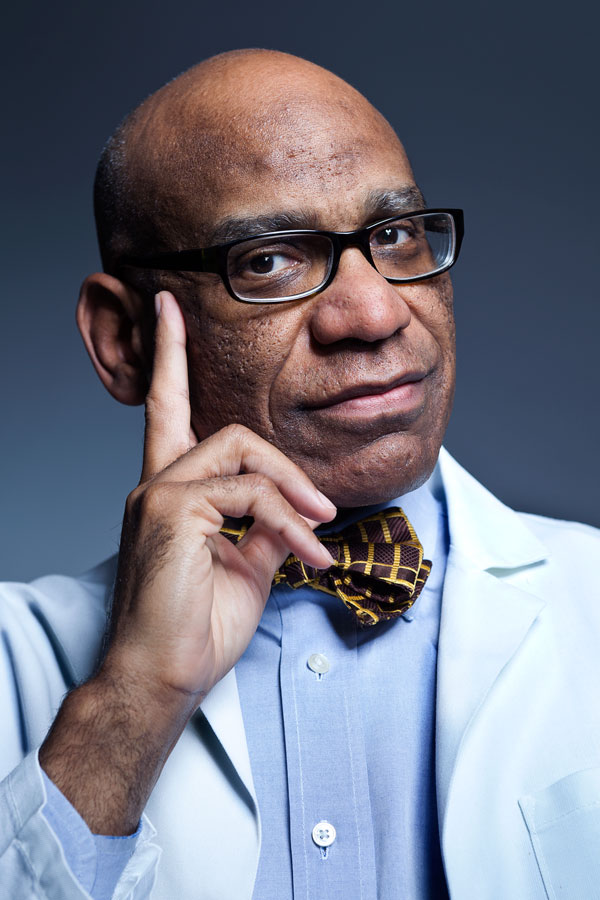 It’s doing surgery as though you were immersed inside the patient. It’s as if the patient was wide open. You can be a few feet away, but you’re right on top of the pathology and you can see precisely what you’re cutting.

We also have a simulator to practice with the robot. You actually sit in the robot console, and there are exercises you can do. Recently I had a patient with endometrial cancer, or cancer of the uterus. She needed to have her uterus removed and some lymph nodes sampled. I warmed up in the morning before the surgery with the simulator.

We started with laparoscopy [another minimally invasive technique]. And after we saw that it was feasible to use the robot, we hooked [it] up.

Think of a video game at an arcade mall. You’re sitting at a console. You put your head into the eye pieces, and you have hand controls and foot controls. Your hand can open and close the instruments. One arm can hold an anatomical structure, and the other arm can be scissors to cut the pathology you want to cut around.

There’s a surgical assistant at the bedside, of course, who can do things such as irrigate the site, suck away the laser or the electrosurgery plume, retract tissue to provide exposure, and pass sutures to and from the surgical field. We put fluid inside the peritoneal cavity to see if there were any cancer cells in the fluid. We aspirated the fluid out and sent it to the lab.

[Meanwhile, Spann separated the uterus from the supporting structures, blood vessels, and upper vagina, using the robotic controls.] We pulled the uterus out through the vagina, which avoids an abdominal incision. Then we irrigated again, and we closed the vagina with the robotic instruments.

The one disadvantage the robot has is you can’t feel with it. With a regular laparoscopy, you can take an instrument and by sense of touch you can say, “This is hard, this is soft.” But over time, the more you do, since it’s three-dimensional and it’s really up close, you can put the instrument on tissue and you can get an impression of whether it’s hard or soft just by the way it looks on the screen.

We got a phone call in the OR [from the lab] that the cancer [in the uterus] was limited. I took some lymph nodes from this case, but the final pathology indicated we didn’t need to give further treatment. I was able to go out and tell the husband that the patient doesn’t have advanced disease. —As told to M.C.M.

In his spare time, Spann likes to play Call of Duty and Medal of Honor on his computer and Angry Birds on his cell phone. Just to practice his eye-hand coordination, of course.