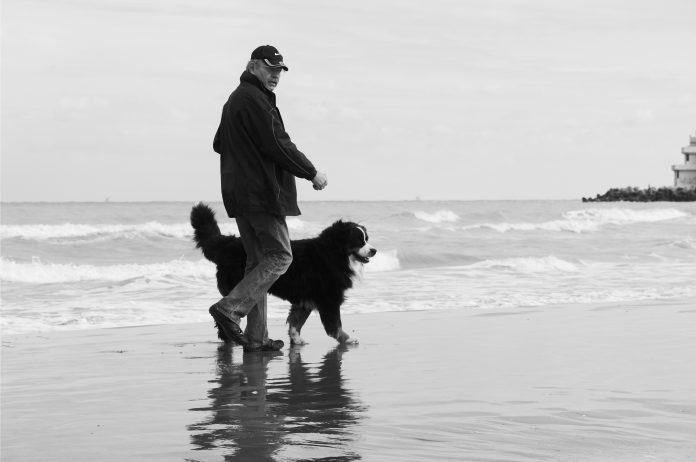 We’re used to the American Heart Association telling us to watch the red meat and load up on the omega-3s. But now they’re suggesting your dog really might be your heart’s best friend. The heart authority recently released a statement that pet ownership is probably associated with reducing the chance of heart disease risk. Pet ownership also may be linked with lower blood pressure and cholesterol levels, as well as stress reduction and a lower risk of obesity.

What’s the deal with this statement from the American Heart Association?
It means there have been multiple studies and they feel they can go on record saying, “We believe this is true.” There have been studies off and on for a while. Pets can help you be less stressed and have a better attitude. Take pets to hospitals and nursing homes and it really cheers them up and helps with the healing process. The American Heart Association said clearly people who have pets (dogs in particular) are more active, less stressed, and tend to have lower blood pressure. It’s not that having a dog will cause that. It’s not like I can eat less salad now and go buy a dog.

Why are dog people more likely to get heart-healthy side effects from their pets than cat people?
People who have dogs probably means they are more active, likely to be outside, and possibly have a healthier lifestyle in general. With cats, they are very independent and you don’t have to have a lifestyle that’s active. It’s more common to be a more active individual and have a dog. It’s not an absolute statement. There are surely inactive, couch potatoes who have dogs and very active people who have cats!

What about the stress reduction angle?
I have this cockapoo. You look at his face and he’s so cute and so fluffy. How can you be stressed? It’s a calming interaction when you’re playing. They love you get unconditionally. You walk in the house and they’re at the door, wagging their tail. I couldn’t wait for you to get home! They give you a lot of joy. I think that adds to a lot of the stress reduction possibility.

If someone doesn’t have a dog, should they go get one?
I think if someone would like to be more active and would like to have a dog in their life—maybe they’re an empty-nester or spouse is gone and they’re looking for more interaction—then I think getting a dog is a great idea. Maybe especially a rescue dog that is already trained and less work. Puppies are a lot of work and they can be stressful. I don’t want people to rush out and get a dog and say that didn’t work out and then abandon them. For somebody who would like to walk and have companionship. Now that you have the statement saying that’s a healthy lifestyle, that’s all the more reason.