Through June 12
Make-Believe America
Museum of Design Atlanta hosts a traveling show about how midcentury cultural exhibitions such as World Fairs were used to demonstrate the superiority of the American way of life and to defeat communism. See works by designers like Herbert Bayer, Ray and Charles Eames, and George Nelson.

June 4–5
Flying Colors Butterfly Festival
At this popular annual event, you can watch the release of hundreds of winged beauties and participate in related crafts, butterfly garden tours, face painting, and a costume parade—accompanied by live music and food trucks. At Chattahoochee Nature Center, Roswell.

June 4–5
Penny McHenry Hydrangea Festival
The theme of this year’s flower show, which will include some 500 entries, is “America the Beautiful.” Other events include garden tours with plein air artists and the official opening of the county’s Rosalynn Carter Butterfly Trail. At Douglas County Courthouse grounds, 8700 Hospital Drive, and Cultural Arts Council, 8652 Campbellton Street, Douglasville.

June 11
Roswell Lavender Festival
Evelyn Simpson, a descendant of the founder of Barrington Hall, planted lavender all around the property, and today this festival celebrates the many varieties, uses, and folk remedies associated with this ancient plant. Shop from vendors, make crafts, and taste lavender-infused food and drink—including beer. At Barrington Hall, Roswell.

June 11–September 11
Walker Evans: Depth of Field
This major touring retrospective of work by photographer Walker Evans includes more than 120 black-and-white and color prints from the 1920s to the 1970s.

June 23
ASID Art Auction
The Georgia chapter of ASID holds its annual art auction to benefit Dwell with Dignity and renovation of the chapter office. Up for bid will be artworks by both designers and artists. Held at ADAC.

June 3
First Friday Art Walks in Roswell and in Marietta 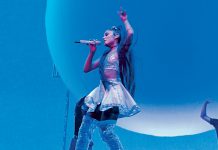 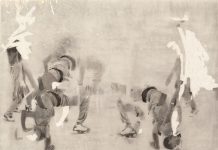