On June 1 Atlantans will have the rare opportunity to meet Harry Bertoia’s daughter Celia at the Knoll showroom on Howell Mill—part of the ever-expanding annual Modern Atlanta celebration, MA! Design is Human. Atlanta Magazine’s HOME is excited to cosponsor the event. We’re obviously big fans, as Bertoia chairs appeared on the cover of our winter issue, which also contained an oral history of Knoll, taken from rarely seen interviews with the founders and early designers (including Harry) and originally published by Art Papers. (Our issue, by the way, is a national finalist for the 2016 City and Regional Magazine Association awards.)

Celia is currently the director of the Bozeman, Montana–based Harry Bertoia Foundation, which celebrated the hundredth anniversary of Harry’s birth in 2015. Recently, we talked with Celia to get a taste of what we’d learn during her visit.

Tell us about the Harry Bertoia Foundation.
The foundation was approved in 2013, so we’re still kind of toddlers. Our mission is to further the legacy of Harry Bertoia. We have a number of projects. We’re trying to relocate monumental sculptures that have been hidden away in storage. There’s a handful of those. We’ve already gotten one placed in Philadelphia. A lot of these were placed in the 60s and 70s, so some of the buildings have been torn down or remodeled. There are some pieces that are in warehouses, so we want to get them out into the public eye again. We’re also beginning to put together a catalogue  which will document all of Bertoia’s works, which include the jewelry, the monotypes, the sculpture, and the monumental pieces. And we’re looking to organize all the archival files. We have boxes of photos and old yellowed newspaper articles that my mother saved. And we’re here to help anyone who wants to find out more about Bertoia, whether that be a graduate student or just a fan who perhaps bought something at an estate sale and wonders if it’s a real Bertoia. We do authentications and appraisals.

Harry was a painter, sculptor, jewelry-maker, composer, furniture designer—a multi-talented artist. Did he see himself primarily as one of those?
When people asked him what he wanted to be called, he’d say, “Just call me a metal worker.” That was really his thing. He loved metal. He had a great affinity for the material—even with the chairs. I had a chance to interview a couple of the people he worked with back in those days, and they said Harry had this uncanny ability. He would just take wires and shape them into a curvy, beautiful form. And, voila, there’s a chair prototype. And when the helpers would try to do it, it was just a big mess of wires. As his daughter looking back on his work, I would say his first love really was sculpture. Even the furniture is very sculptural and sensual, it almost doesn’t look like furniture because it’s so beautiful.

Which discipline do you think he’s best known for?
The average person on the street has probably seen the Diamond Chair and hopefully knows that Harry Bertoia was the designer. That really put his name out in the world. But he only worked with Knoll for a couple of years. Some of the money he received enabled him to do what he really loved which was sculpture. During the last part of his life he was focusing on sounding sculptures, the tonals as he liked to call them. That work has become quite well known in recent years too. Last year, with the centennial, we reissued a box set of CDs of the original recordings, the LP albums that Harry made back in the 1970s. Although it’s very unusual and sort of haunting music, it’s actually been selling quite well. So that put him back in the spotlight. There’s currently an exhibition at the Museum of Arts and Design in New York, which has also brought a lot of media publicity to the Bertoia name. It shows a little bit of everything. They have a lot of his jewelry, which is just stunning. And I’m going to bring a couple of his original pieces to the talk [in Atlanta].

During her Atlanta presentation, Celia, author of The Life and Work of Harry Bertoia, will explain the history of the iconic Bertoia Diamond Chair, Bertoia’s relationship with Knoll, and share a few amusing archival stories that went along with the development of the chairs. She will also touch upon the other works of her father: monumental public sculptures, jewelry, monotypes, and other sculptures. 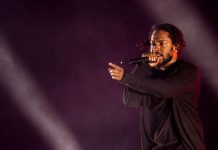 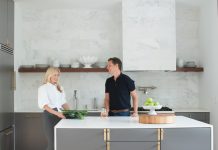 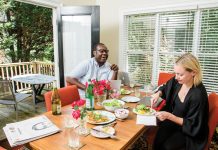