Update 8/12: The mystery of 1159 has finally been solved. The code refers to NBC’s upcoming drama Constantine, which is based on DC Comics’ Hellblazer series.

We recently pulled together a list of productions shooting in Atlanta this summer. By now you’ve grabbed your camera to sneak a peek of Norman Reedus, Aaron Paul, and Woody Harrelson on the Triple 9 set, or made it your mission to climb The Walking Dead’s wall in Senoia, or at the very least, rehearsed yelling your unanswered Lost questions to Daniel Dae Kim over at Insurgent.

When you set out to locate these productions, however, you were baffled by seemingly ubiquitous yellow production signs. Maybe you looked for Goosebumps but only found signs pointing toward “WHO.” Searching for Selma led only to “March,” and if The Walking Dead literally enclosed Senoia, how can this “SF” production operate there as well?

As you may have guessed, studios don’t exactly want gawkers around a shoot. But every frame of your favorite film or show requires hundreds of people. How do you direct your cast and crew to a locale while simultaneously keeping others away? The answer is simple: code words.

I sat down with two friends in the film industry, Nick DiRosa and Matthew Miller. They have worked on a wide variety of films including Sin City: A Dame to Kill For, Looper, 21 Jump Street, Legion, and True Grit. They told me that production sign codes range from the obvious to clandestine. “Typically there are also signs along the drive [with] either the name of the production or the initials. ‘Vice’ when I was on Vice, ‘TWT’ when I was on The Whole Truth,” DiRosa said.

This most common system can be seen here in Atlanta with Triple 9 (T9), the upcoming Ride Along 2 starring Kevin Hart, Ice Cube, and Olivia Munn (RA2), and the new USA drama Satisfaction (SAT).

Bigger, more secretive productions will use a less obvious code name to hide the production. Think of Insurgent (Mineral), The Walking Dead (SF, which stands for Stalwart Films), or HBO’s Queen Latifah-driven Bessie Smith biopic, Bessie (22D). Fast and Furious 7 went by the code name Ramsey, and Dumb and Dumber To was called Tool.

Sometimes, however, this subterfuge is not enough. DiRosa said he heard that during the filming of one of the Twilight movies in Baton Rouge, there was such a problem with fans following the signs that the production office would actually point the arrows in the opposite direction.

Another sign you might have seen is one for “base camp.” No, that’s not a code word for the upcoming Ant Man, Vampire Diaries, or Vacation reboot shooting in Atlanta; it’s a straightforward sign pointing to a production’s base camp. Miller explained that, “base camp is the ‘mobile office’ of the production. It’s where trucks and trailers are lined up.” Here you’d find production assistants and crew taking care of everything from getting a star’s latte to makeup and more.

“Base camp is usually within walking distance from set, or depending upon the location, sometimes a short van ride away,” Miller continued. Think of it this way: If you were shooting a scene on a rooftop, such as Insurgent did last month, you can’t exactly put props, stars’ trailers, and grip trucks up there too. And let’s face it, if you had put all those trailers nearby right off of Peachtree, I’m sure before the evening commuters could destroy them, Park Atlanta would have deployed all units.

But don’t think you can walk up to a base camp to see your favorite stars. Miller left me with a bit of caution, “I’d strongly advise any of your readers to not just go hanging around [base camps]…I’ve heard of multiple shows where security and sometimes police have been called because of non-crew members.” Remember, these are people with jobs to do and let’s face it; those burly guys standing around in uniforms probably are not actors. 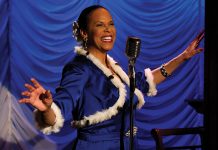 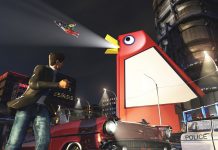 5 Atlanta landmarks perfect for the next Marvel movie 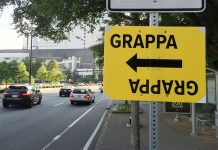 What’s filming in Atlanta now? Captain America, Keeping up with the Joneses, Barbershop 3, and picked up pilots