Home News & Opinion Arts & Events A new GPB podcast about the 1970 Augusta Riot has a message...

In a bonus episode of GPB’s recently released podcast Shots in the Back: Exhuming the 1970 Augusta Riot, reporter and instructor Sea Stachura catches up with a few of her students from the podcasting program at the Jessye Norman School of the Arts. Like most kids, 10-year-old Gabbie Stallings has been attending school remotely and hasn’t been able to talk with Stachura about all that has happened this year. But in a recently recorded, candid conversation, she admits she’s become fearful when leaving her home following the deaths of Black people such as George Floyd and Ahmaud Arbery. “I’ve become very self-conscious whenever we go out. I try to be safe. And I feel very relieved when we go home,” she says. Her reflections cast a sobering light on how history repeats itself.

Shots was produced in partnership with the Jessye Norman School throughout the past year as part of an after-school extracurricular program for middle and high school students. Stachura had already been an instructor before presenting the idea to the school’s principal. “He saw it as a real opportunity for the students to engage in their community and recognize that even at their age they can contribute something significant to the world,” Stachura says. “The ground beneath their feet has a history, and that history isn’t as rosy or as clean as some would present it.”

Shots in the Back has been years in the making for Stachura, but the content of the podcast is as timely and relevant as ever. This year marks the 50th anniversary of the Augusta Riot, which was sparked when 16-year-old Charles Oatman was beaten to death in a county jail. Six Black men were shot in the back and killed by police during the ensuing riot. The podcast tells this story over six episodes and several bonus episodes, featuring narration from Stachura, interviews with sources, including witnesses, family members of the victims and local leaders, and occasional reflections from students who are learning the complicated history of their town for the first time. The inclusion of young students offers a sober look at history for listeners who may have grown numb or cynical to news about racism and police brutality.

While GPB had originally planned to hold the podcast until September (a postponed date thanks to the pandemic), in June, as America was facing an ongoing racial reckoning, the radio station opted to release it early, hoping to spark further conversation about race in America over the past half-century. As many older people also feel uncomfortable discussing such issues, Stachura hopes the podcast will encourage them to push past these feelings and have important conversations.

Releasing the story as an audio docuseries allowed Stachura’s research to discover new sources, too. She credits listeners with providing tips that helped to further contextualize the deaths of Oatman and the six Black men killed during the riot. In a bonus episode, one of these sources, Fred McBrayer, shared his memories of working with Oatman as a vocational rehabilitation counselor, helping prepare the mentally disabled teen for future jobs.

Not surprisingly, the journalist and podcast instructor had some challenges getting students to feel comfortable discussing race. For one, half of the students in the class were white. One white student, Aidan Allen, 14, says he’d never really discussed race at length before deciding to participate in the podcasting program. As a result, he was self-conscious and worried he might say the wrong thing. “I have this fear of just saying some random stuff that’s racist. I was stressed out,” he says. “I’m in a whole school of people that I don’t want to offend.”

In one episode, Stallings hints at how awkward it was for her to discuss these things in front of her white peers. “Not to be offensive, but it’s a lot of white people in this room and it makes me feel uncomfortable.”

“Because they are fresh to the story, [the students] haven’t yet muted themselves,” Statchura says. “They haven’t decided that there are certain things that they are not supposed to say, although they are already at a point where they know that this stuff is dangerous to talk about.”

Stachura first began reporting on the riot in 2011. While at Augusta University (then Augusta State University), she received a grant that allowed her to conduct oral histories, do a few presentations, and submit a FOIA request that got 900 pages of FBI files declassified. Many of the interviews featured in the podcast are from this work, although students did help conduct a few of the newer interviews. “I was stunned there was no historical record besides some Augusta Chronicle newspaper articles that told a very racist version of what happened and left out lots and lots of parts,” she says of her motivation to report on the riot. “I think this is a story that is valuable to the entire nation because how can you have a major civil rights uprising where six Black men were killed by police and [the nation has just] forgotten about it?”

Many of the students who participated in Stachura’s podcasting program are too young to completely recall or comprehend previous instances of police brutality. For them, learning about the 1970 Augusta Riot—something that happened in their own hometown—and watching this year’s instances of police brutality were the first times they’d grappled with the country’s long history of racial injustice and the ways it still persists today. “What they learned is that they were holding a mirror to their own time,” Stachura says.

Tiara Dugger, now a college freshman at Georgia State University, participated in recording Shots during her senior year of high school. She admits she had no idea about the Augusta riot before participating. “I felt so bad because I’ve lived here almost all of my life and I knew nothing about the history,” she says. “It makes me have a deeper appreciation for the city. It wasn’t a bright situation, but my city has more history than I thought it did.”

Dugger says she’s happy this project included the voice of students because, ultimately, these issues impact them, too. “A lot of older people think that children should stay in a child’s place. But we see all the stuff that’s happening and it does affect our daily lives,” she says. “We have to go out into this world and our lives are at risk every day just because of the color of our skin, our gender, all of that stuff. With kids, it provided a new perspective. It shows you that a child isn’t a child in today’s society. We had to grow up faster.”

For the past month, GPB has hosted a series of virtual panels to continue the conversation about the 50th anniversary of the Augusta Riot. The final event will take place on Oct. 5. 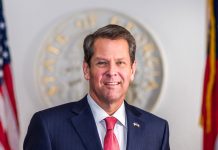 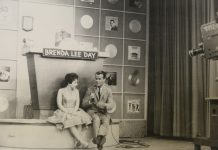 Country legend Brenda Lee: “Everything I know about singing I owe to coming up in Georgia”