Home News & Opinion Crime & Courts A question of justice: When should a district attorney heed the wishes...

When Phillip Sailors shot and killed a young man who mistakenly pulled into Sailors’s driveway in Lilburn two years ago, the story made headlines from ABC News to the Huffington Post. The case was in the news again last November, when Gwinnett County District Attorney Danny Porter announced he would not pursue murder—or even felony manslaughter—charges against Sailors, allowing the 71-year-old retired Bell South employee to walk free with a year of probation and a $500 fine.

Porter’s decision seemed confounding, especially considering the details of the incident as described in the case file: At around 10:30 p.m. on January 26, 2013, 22-year-old Rodrigo Diaz and three friends were on their way to pick up a friend to go rollerblading when Diaz’s GPS errantly directed him to Sailors’s address. Sailors greeted the strangers in his driveway with a single-action .22 Ruger revolver. When Diaz rolled down his window—to ask if their friend lived there, according to what his girlfriend in the car later told police—Sailors fired a warning shot into the air. Then, as Diaz was heading back down the driveway after turning around, Sailors fired another shot. It hit Diaz in the head.

In the police report, Sailors was described as “calm and nonchalant” at the scene. He told officers he’d seen two individuals running from where his SUV was parked. “He tried to steal my car, so I shot him,” Sailors told police. On the way to the police station, Sailors chatted with officers about the previous evening’s Hawks win. While two of Diaz’s passengers were detained behind bars, and while Diaz himself was dying at Gwinnett Medical Center, Sailors was led into a break room, where he was given a newspaper. When an officer offered a cup of coffee to Sailors, he seemed “aggravated.” “Oh, now you want to talk to me,” he said. According to the police report, when informed Diaz had died, “Mr. Sailors shook his head from side to side and unremorsefully said, ‘I sure hate that.’”

At the plea hearing in November, Sailors declined to address the court or Diaz’s family. Lawyer Mike Puglise said his client was “too overcome with grief” to speak, even though Sailors showed no outward signs of emotion during the 15-minute proceeding.

Nine days later, Atlanta Journal-Constitution columnist Bill Torpy, recounting the details of the case, explored Porter’s rationale for not pursuing jail time for Sailors. Porter explained, “I didn’t see any public safety reason for sending a 71-year-old man with no record to prison for the rest of his life.” Further, while adamant that Diaz had done nothing wrong, the family wanted to avoid the publicity of a trial. (The Diaz family settled a wrongful death civil suit with Sailors’s insurance company in September—the terms were sealed.) “I answer to crime victims,” Porter told Torpy. “Although I acknowledge that it is not their final decision.”

Porter’s comments raised intriguing questions that Torpy’s column left unaddressed: To what degree should the wishes of a victim, or a victim’s family, influence a prosecutor? Isn’t a prosecutor’s primary responsibility to represent the public who, in Porter’s case, elected him? After all, criminal cases are labeled as “The People” versus a defendant, not the alleged victim versus the defendant.

“I believe [Porter] is way off base in stating that he answers to crime victims, or that he represents victims of crimes,” says Michael Mears, a death penalty defense attorney and associate professor at John Marshall Law School. The wishes of the victim, or the victim’s family, should be “irrelevant” in a prosecutor’s calculus about what charges to pursue against a defendant, he says.

Indeed, though prosecutors are given tremendous discretion in Georgia, the Georgia Rules of Professional Conduct state that “a prosecutor has the responsibility of a minister of justice and not simply that of an advocate.” In other words, as a public representative, DAs are obligated to pursue what’s right, regardless of whether that coincides with a victim’s wishes. “When you get a prosecutor who sees himself as an avenging angel, you run into problems with neutrality,” Mears says.

Of course, this was not a death penalty case. But was it self-defense? At the hearing, Porter told the court that Diaz’s car was moving away from the house when Sailors fired the second shot. This fact alone meant Sailors could not reasonably invoke Georgia’s Stand Your Ground law. Sailors, Porter told Judge Stephen E. Boswell, “has the right to protect his home, but he negligently exercised that right.”

Former Dougherty County DA Ken Hodges says the ambiguities of the case, such as those surrounding Sailors’s intentions that night, could be a compelling reason for avoiding murder charges. After all, Hodges says, a prosecutor’s prime directive is to see justice done, and sometimes that can’t be accomplished within the constraints of mandatory minimum sentences. Even if the accused may deserve some jail time, the minimum sentence in Georgia for murder is life in prison.

Porter tells Atlanta magazine he didn’t see enough evidence in this case to support even a charge of felony involuntary manslaughter. Instead, Sailors pleaded to misdemeanor manslaughter.

Mears also says that prosecutors have the ethical imperative not to prosecute cases in which they don’t believe a conviction can be obtained. And though Sailors’s demeanor in court and actions that night might play to the State’s favor, there are other issues to consider. Porter won’t speculate as to his chances of convicting Sailors of murder. But he acknowledges, without going into specifics, that there might have been issues concerning the admissibility of key evidence. Plus, the so-called Castle Doctrine gives Georgians a lot of leeway to protect their property. “Time and time again, I see it,” Porter says. “A jury says you don’t have the right to come on my property without risk to your life.”

And as for those who believe that a victim’s wishes should be irrelevant in the prosecution of a crime, Porter says they’re wrong. “Prosecutors should not be controlled by the will of the victim,” he says. “But if we can accomplish what victims want while being consistent with the goals of public safety, we should. That’s my position.” 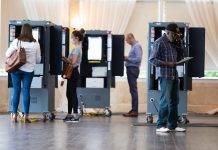