As the rain started pouring down on Peachtree Street, the entrants in Saturday’s Dragon Con Cosplay Contest prepared to strut across the stage while a sold-out house of fans, many soggy from waiting outside, filed into a Hyatt convention room to watch. The contest featured more than 50 handmade individual and group costumes from several different animated and Japanese anime works, video games, and even a few original characters.

But showing off a well-made costume involves a lot more than just standing on a stage. As anime/manga track director Jessica Merriman called each name, contestants struck in-character poses, shouted catchphrases, and even started faux brawls with members of their group. And, as is the reality of cosplay, more than one prop accidently fell apart, and manning the stairs wasn’t always easy, especially for those with elaborate outfits.

A giant homemade Hulk, complete with tiny denim shorts, opened the show, a costume so bulking and behemoth he didn’t dare climb on the stage. Other highlights included a group from Disney megahit Frozen, a zombie Spider-Man chewing on a string on intestine, and “the littlest Big Daddy,” a child in an elaborate BioShock costume who earned some of the night’s biggest cheers.

A panel of three judges, all experienced cosplayers, had predetermined the winners prior to the show. To enter, contestants had exactly 3 minutes to describe their costumes to the judges, explain how they were created, and allow the judges to examine the quality and details of the outfits. The costumes were required to be at least 60% handmade, but judge Miri Baker said because there were so many skilled entries, a costume that wasn’t completely handmade had no hope of competing against those who were.

The night’s four prize winners went to a Spirited Away costume featuring a movable dragon puppet, a group of Steampunk Alice in Wonderland characters, a Princess Zelda from The Legend of Zelda video game series, and best in show was awarded to a Malthael from the Diablo video game series.

Anastasia Bandemir, the “Alice” in the Steampunk Alice in Wonderland group, created and sewed all eight costumes worn in her group by herself and created all of her group’s weapons with help from three others. A recent UGA grad from Johns Creek, she was able to create the costumes as an elective project toward her mass media arts degree. The Alice group was her first experience making costumes from scratch.

“I taught myself how to sew using the Internet and YouTube,” she said, “I’ve never made props before. It was just all trial and error, the entire process.” 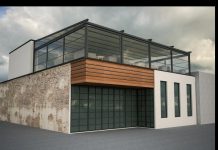