You don’t have to be a statistician or policy analyst to understand that there’s a huge gap between Atlanta’s haves and haves-not. Just walk down Edgewood Avenue on any given evening; you will find one group of people sleeping on the sidewalks of the Downtown Connector underpass and another paying $20 for parking spots in an empty lot near a bar called Church. Or consider the discussions around the planned Falcons arena. Personal seat licenses for Falcons fans could run between $2,000 and $10,000 a year—while the new stadium’s neighbors in Vine City have a per capita annual income of less than $15,000.

New analysis quantifies that income disparity. According to a report issued Thursday by the Brookings Institution, Atlanta has the greatest difference between the household income of the top 5 percent of residents—$280,000—and the lowest 20 percent—$14,850. The study looked at Census Bureau income data for 2012 to calculate the “95/20” ratio, which compares how the incomes of those in a city’s top 5 percent compare to those in its lowest fifth. In Atlanta, that ratio was 18.8 percent. Only three other cities—Boston, San Francisco, and Miami—had ratios above 15 percent.

The top five cities for income inequality according to the Brookings analysis:

While the Brookings report only looked at the city of Atlanta, the gap between rich and poor for the metro region is well documented. Metro Atlanta has the lowest rate of income mobility—the odds that a child born into one of our area’s poorest families will make it into the wealthiest income bracket as an adult—and one of the highest rates of growing suburban poverty. 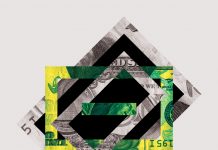 Can guaranteed income combat inequality and poverty in Atlanta?