Black Lives Matter formed in response to the recent high-profile killings of unarmed black men across the nation. However, unlike in the 1960s, the group leading the current civil rights movement has avoided organizational hierarchy and designated leaders, a structure that led to both its rise and occasional falter. Atlanta’s own Cobb looks at the origins of the organization, its growing pains, and what the future holds:

Black Lives Matter has been described as “not your grandfather’s civil-rights movement,” to distinguish its tactics and its philosophy from those of nineteen-sixties-style activism. Like the Occupy movement, it eschews hierarchy and centralized leadership, and its members have not infrequently been at odds with older civil-rights leaders and with the Obama Administration—as well as with one another. So it wasn’t entirely surprising when Pulley, a community organizer in Chicago, declined the White House invitation, on the ground that the meeting was nothing more than a “photo opportunity” for the President. She posted a statement online in which she said that she “could not, with any integrity, participate in such a sham that would only serve to legitimize the false narrative that the government is working to end police brutality and the institutional racism that fuels it.” Her skepticism was attributable, in part, to the fact that she lives and works in a city whose mayor, Rahm Emanuel, Obama’s former chief of staff, is embroiled in a controversy stemming from a yearlong coverup of the fatal shooting by police of an African-American teen-ager.

Mckesson, a full-time activist, and Packnett, the executive director of Teach for America in St. Louis, did accept the invitation, and they later described the meeting as constructive. Mckesson tweeted: “Why did I go to the mtg w/ @POTUS today? B/c there are things we can do now to make folks’ lives better today, tomorrow, & the day after.” Two weeks earlier, Mckesson had announced that he would be a candidate in the Baltimore mayoral race, and Obama’s praise, after the meeting, for his “outstanding work mobilizing in Baltimore” was, if not an endorsement, certainly politically valuable. That split in the response to the White House, however, reflected a larger conflict: while Black Lives Matter’s insistent outsider status has allowed it to shape the dialogue surrounding race and criminal justice in this country, it has also sparked a debate about the limits of protest, particularly of online activism. Meanwhile, internal disputes have raised questions about what the movement hopes to achieve, and about its prospects for success.

Read: The Matter of Black Lives

25 Songs That Tell Us Where Music Is Going
In this week’s New York Times Magazine, editor Nitsuh Abebe recruited some of the world’s best writers to wax poetic on 25 different songs that are shaping music today. George Saunders on Wilco? Amanda Petrusich on D’Angelo? Will Hermes on David Bowie? Yes, please. Come for the music (including Atlanta’s Run the Jewels), stay for the writing, particularly Abebe’s thoughtful intro:

It’s songs that do this now; individual songs and mass opinion, working in tandem. This wasn’t always the case. We’ve spent the past century or so trying, in creaky and convulsive ways, to figure out what music is even for, and how we intend to use it. When and where will we listen to it? Will other people be there? Should people own music? Who should write it — the performers? What’s a normal amount to release at once? How will we find out about it? Will there be pictures? Are you absolutely, definitely sure we have to pay money for it? For the moment, there’s only one answer to these questions that seems to connect strangers in a truly monocultural way: We shall gather in huge, fawning riots around towering pop singles to trade politicized takes on them.

It’s not the worst thing. One of the great tricks of pop music is that no matter how much we like to imagine it’s about musicians expressing themselves, it tends to be more useful as a way for listeners to figure out their own identities: Each song lets us try on a new way of being in the world. For a long while, the idea was that young people could use music to shape their style — their clothes, their haircuts, their sense of cool. Then came high-speed Internet and a touching enthusiasm for the idea of playlists: With so much of the world’s music at our fingertips, we’d express our intelligence and taste by playing D.J. and curator, sorting through songs to assemble our own reflections. That didn’t last, either. Showing off your eclectic, handpicked treasures? This has become such a common online performance that there’s no one left in the audience.

Read: 25 Songs That Tell Us Where Music Is Going

Last weekend rising Atlanta rapper Bankroll Fresh, who had worked with Gucci Mane and Future, was killed in a shooting at Street Execs Studio in Underwood Hills. Hundreds of fans held a candlelight vigil in Atlanta. Fader, which profiled the rapper earlier this year, collected the reflections of those who knew him. Read their thoughts and his recent conversation with writer Alex Russell:

Most days, Atlanta’s Street Execs recording studio has a private, in-house chef on call to serve the culinary needs of the artists who record there. On one warm evening a couple days shy of Thanksgiving, though, the cooking isn’t for the artists who use it as a creative base—who include co-owner 2Chainz, as well as Travis Porter, Young Dolph, and Skooly—but for the local community. Tonight, the kitchen and lounge are starting to resemble a food bank, with long tables furnished with bagged loaves of bread. Rapper Bankroll Fresh, a signee to the label, is excited: not only is his company making a charitable contribution to the season by providing dinners on Thanksgiving Day to single-parent households, but he’ll also release his third mixtape, which is self-titled. In honor of this, he’s referring to the holiday as “Banksgiving.”

In a city full of stolen flows, in the past few years Bankroll Fresh has emerged as one of Atlanta’s newest, truest originals. In 2012 and 2013, signs had started to point toward the name ‘Yung Fresh’ (his prior alias), who’d put out a smattering of tracks, with his credit cropping up on a couple of not so memorable Gucci Mane songs (“Faces,” “Shooters”). Over the following year, a name change to Bankroll Fresh marked a transition: he forged links with the city’s premier producers, guesting on Future’s “For The Love,” from Metro Boomin’s 19 & Boomin’ compilation mixtape, and teaming with Mike Will on 2014’s “Screen Door.” Honing his flow, he crafted a viral hit of his own in “Hot Boy,” a minimal, lurking beat with lyrics inspired by early Cash Money (Balling like a hot boy, nigga Lil’ Weezy/ Feeling like Birdman and Meechy), and which established him as a solo force.

Lisa Marie Pane, the AP’s former Southern editor and now a crime reporter, looks at a Georgia insurance company that requires employees at its three offices in Chamblee, Griffin, and St. Simons Island to bear arms in the workplace:

The decision by the owner of a small insurance company to require his employees to carry firearms at the office has sparked a debate: Would having a gun on the job make you safer, or is it inviting violence into the workplace? Lance Toland said his three offices, based at small airports in Georgia, haven’t had problems with crime but “anyone can slip in these days if they want to. I don’t have a social agenda here. I have a safety agenda.”

When a longtime employee, a National Rifle Association-certified instructor who’s been the company’s unofficial security officer announced her retirement, Toland wanted to ensure the remaining employees were safe. He now requires each of them to get a concealed-carry permit, footing the $65 bill, and undergo training. He issues a Taurus revolver known as “The Judge” to each of them. The firearm holds five rounds, .410 shells that cast a spray of pellets like a shotgun.

“It is a weapon, and it is a lethal weapon,” said Toland, whose company specializes in aviation insurance. “When a perpetrator comes into the home or the office, they have started a fire. And this is a fire extinguisher.”

The true stories of Michael Brick

On February 8, 2016, Austin, Texas, writer Michael Brick lost his battle with colon cancer, leaving behind a wife and three kids. In memory of the former New York Times journalist, his friends (including former Atlanta magazine staffers Thomas Lake and Tony Rehagen) put together Everyone Leaves Behind a Name: True Stories, a collection of his seminal work accompanied by essays from his contemporaries (including Marietta-based Tom Junod, another former Atlanta magazine staff writer). In one Brick story from 2004, he writes about a New York hipster quitting the hip neighborhood of Williamsburg:

Todd Fatjo has moved out, and Williamsburg may never be the same. New York neighborhoods do not announce their sea changes. There is no news release or banner draped across the street. Sometimes there is just a certain guy, and a thing that guy does, and before you know it the neighborhood has made one of those subtle shifts, the sort that keep New York City fascinating.

Remember when Bill Clinton opened an office in Harlem? Or when Miguel Algarin founded the Nuyorican Poets Cafe on the Lower East Side? Or when Harvey Lichtenstein started spreading the Brooklyn Academy of Music facilities around Fort Greene? Todd Fatjo is no former president or renowned poet, but for Williamsburg he is a tiny bellwether. In this neighborhood, bohemianism begat or gave way to hipsterism in the blink of a decade, and Mr. Fatjo was right there.

Read: Everyone Leaves Behind a Name: True Stories 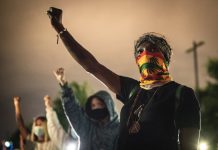 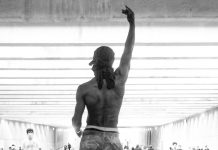