Did Rep. Paul Broun really get re-elected to his seat in Congress with 100 percent of the vote, or is there another side to this important story that isn’t being discussed?

On one side of the controversy, you have the Georgia Secretary of State’s election results web site. It says Broun ran unopposed and got 100 percent of the vote.

On the other side of this lively debate is the Athens Banner-Herald, which reports Charles Darwin (yes, that Charles Darwin) received nearly one-quarter of the votes in Athens-Clarke County, where Broun lives.

Despite this powerful evidence, the Georgia Secretary of State’s web site will not list Darwin in the final vote tally because of his severe dead-ness. I am outraged. It’s apparent to any honest observer that supporters of the controversial Theory That Broun Got 100 Percent Of The Vote are resorting to strong-arm tactics to suppress this important debate!

Is Broun the unanimous choice of his constituents, or a national embarrassment who lost 1/4 of the vote in his home county to a dead guy? I don’t know the answer. But I do know that if there’s one thing we’ve learned during Earth’s 9,000-year history is that people don’t supress debates unless they’re afraid of losing them.

I say teach the controversy.

Political musical chairs heats up as Legislature winds down 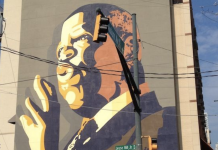