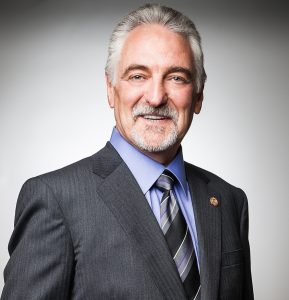 Networking is all about building relationships. And in the eyes of networking expert Ivan Misner, it is during tough stretches such as the one brought about by the COVID pandemic that businesspeople need to work harder than ever to maintain their networks.

“When difficult times occur, people either get frozen by fear or they get focused by fear,” said Misner, founder and chief visionary officer of BNI, the world’s largest business networking organization with more than 10,000 chapters. “The ones who have gotten focused by that fear … recognize that today, more than ever, they need their network.”

“The last thing you should do is abandon your network when going through difficult times,” Misner said. “Instead, you want to embrace your network, immerse yourself in your network. Otherwise, you’re going to struggle, and it’s already a struggle enough.”

Misner shared his thoughts on the value of engaging in networks in the November episode of the 21st Century Business Forum, a monthly webcast that features one-on-one interviews with some of the nation’s most prominent business minds and thought leaders.

Misner recognizes the pandemic has changed the nature of networking. “Yeah, it’s by Zoom or Skype or telephone more than possibly in person,” he said, but at least advances in technology have provided “an opportunity to connect with people” that would not have been possible 30, 20 or even 10 years ago.

As concerns over COVID ease, Misner recommends that business owners develop a hybrid approach to networking and besides connecting online go back to meeting people in person, at least part of the time.

“There’s nothing more powerful than looking at somebody in their three-dimensional eyes, shaking their hands, having a real, in-person conversation,” Misner said.

There also is a right and a wrong way to approach networking, according to the man dubbed the “Father of Modern Networking” by CNN.

Businesspeople who want to build strong, effective relationships through networking need to adopt what Misner calls the” VCP Process,” with the letters VCP standing for visibility, credibility and profitability.

Misner said visibility is gained by getting to know people you’ve never met, while credibility is developed over time by earning a solid reputation among others.

“Only then can you move to profitability,” where people “are willing to refer business to you,” he said.

“In one of my books, we call that ‘premature solicitation,'” he said.

As for the saying, “It isn’t what you know, but who you know,” Misner isn’t a fan.

“It is how well you know each other that counts,” he said. “It’s how deep that relationship is” that matters.

“If your network is a mile wide and an inch deep, you don’t have a powerful network,” Misner said. “Your network needs to be deep and wide.”

The Business Forum is presented by Atlanta Magazine.

The Business Forum continues in December with former NBA player Ulysses “Junior” Bridgeman, owner of Ebony and Jet magazines and one of the wealthiest former athletes in the world. It airs December 8 at 12PM EST. Register to view the webcast free here. 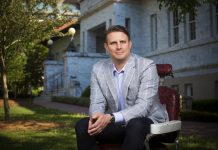 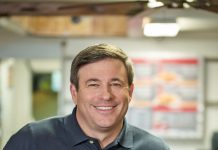 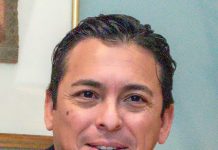